Dogs Shed Tears Of Joy When Reunited With Owners

Your dogs are just as excited to see you as you are them. 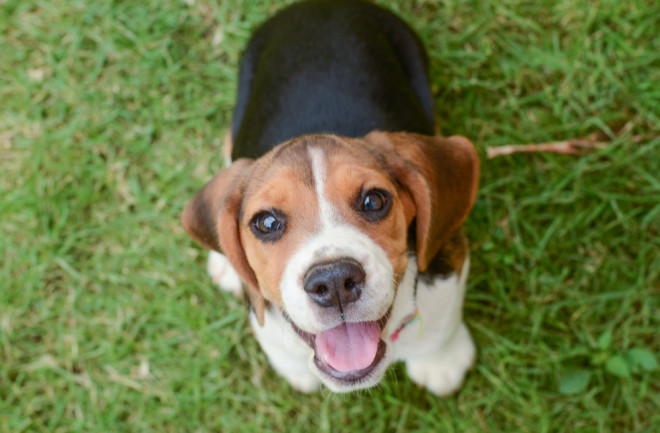 If you’re a dog owner, coming home after work or running errands to the enthusiastic greeting of your dog may be one of the best parts of your day. Besides their furiously wagging tails and their tip-tapping feet, there is an excited gleam in their eyes. They missed you just as much as you missed them. According to a new study, that gleam in their eyes may actually be tears — tears of joy to reunite with you.

According to a new study in Current Biology, dogs, like humans, produce tears when flooded with emotions — especially when reunited with their owners.

“We found that dogs shed tears associated with positive emotions,” says Takefumi Kikusui of Azabu University in Japan in a press release. “We also made the discovery of oxytocin as a possible mechanism underlying it.”

Kikusui first made the connection after his dog had a litter of puppies. He noticed that his dog had tears as she nursed her puppies. The authors mentioned that though their tears don’t fall as often as humans, dogs do get teary-eyed.

“That gave me the idea that oxytocin might increase tears,” Kikusui says in a press release.

Oxytocin is a hormone that drives reproduction, among other things. The hormone can make you feel closer and more connected with a loved one and can be experienced through music, physical touch and even exercise.

Second, the researchers added oxytocin to the dogs' eyes when they weren’t around their owners, and tear production also went up. This indicates that when a dog naturally produces oxytocin — like when they see their owners — they get teary-eyed.

The research team also presented humans with photos of dogs and asked them to rate which photos they liked the best. Most participants preferred the dogs with teary eyes over the dogs without suggesting that teary-eyed dogs help forge a stronger connection with people.

“We had never heard of the discovery that animals shed tears in joyful situations, such as reuniting with their owners, and we were all excited that this would be a world first!” says Kikusui in a press release.

“Dogs have become a partner of humans, and we can form bonds,” Kikusui says in a press release. “In this process, it is possible that the dogs that show teary eyes during interaction with the owner would be cared for by the owner more.”