Did NASA Find a New Kind of Super-Powerful Cosmic Blast? 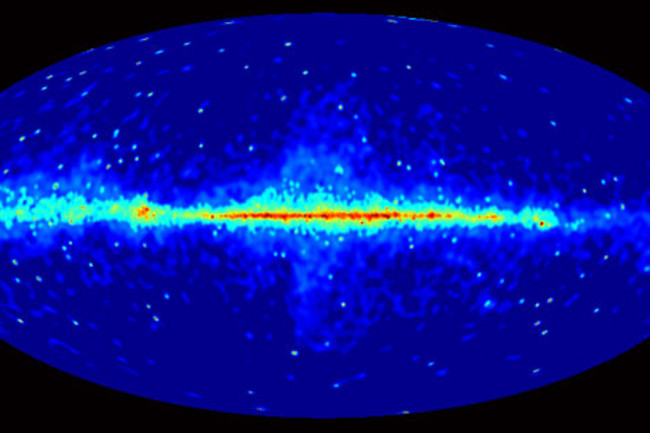 <map>Map of high-energy objects in our galaxy (center) and beyond (light blue dots). | Courtesy: NASA</map>

The most extreme objects in the universe tend to put on spectacles. When a giant star explodes as a supernova, it can outshine its own galaxy as it dishes out heat, X-rays, and the highest-energy radiation of all, gamma rays. So when NASA launched a gamma-ray telescope into space in 2008, astronomers figured the high-energy radiation it detected would point the way to easily identifiable supernova remnants, black holes, and other extroverted objects.

They couldn’t have been more wrong. Last January, after a three-year sky survey, scientists with the Fermi Gamma-ray Space Telescope released a list of nearly 500 locations where the spacecraft detected the highest-energy gamma rays. More than a third of them cannot be linked to any known astronomical object. The 169 mystery sources might be previously undiscovered supernova remnants or black holes, or they could be a completely new type of superpowerful object. For now, they are total enigmas. “These are the dogs that don’t bark,” NASA astrophysicist David Thompson says.

Astronomers are starting out with the simple explanation that they overlooked these objects in previous surveys. They are analyzing X-ray, optical, radio, and infrared images of the hot spots to see if they missed something. But Thompson hopes that the answers are more exotic. The gamma rays might be a byproduct of decaying clumps of invisible dark matter, he says, or of something unknown. “That’s what we’re really interested in. Not just more of the same, but new types of systems.”