The ancient Maya in Mesoamerica had toxic levels of mercury, which could have caused mercury poisoning in their civilization. 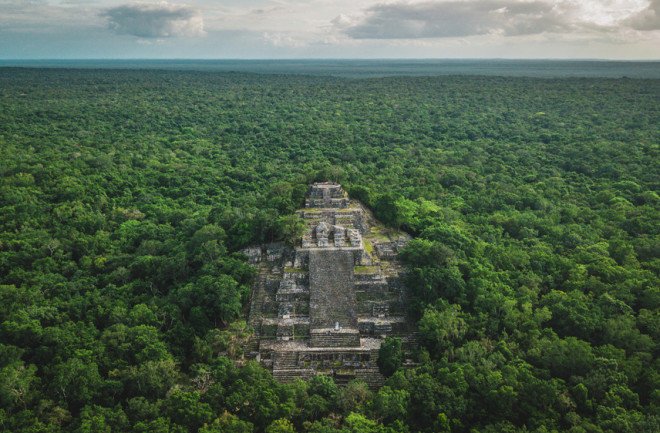 Mercury pollution has the ability to cause public health disasters. This heavy metal creates multiple health problems through mercury poisoning, ranging from physical ailments to mental health. And it’s widely dispersed throughout nature — we can find it in fish, or even dental fillings.

But this isn’t just a modern struggle. In a recent paper published in Frontiers in Environmental Science, researchers found mercury poisoning beneath the soil of the ancient Maya in Mesoamerica. The mercury concentrations ranged from 0.016 to 17.16 ppm (parts per million). In certain areas, this shows high toxicity, considering mercury is toxic in sediments defined as 1 ppm.

And even though these findings date to the Classic Period, between A.D. 250 and 1100, the mercury poisoning could still pose a threat to archeologists today.

“Discovering mercury buried deep in soils and sediments in ancient Maya cities is difficult to explain, until we begin to consider the archeology of the region which tells us that the Maya were using mercury for centuries,” says lead author Dr. Duncan Cook, an associate professor of Geography at the Australian Catholic University in a press release.

Chronic mercury poisoning can cause damage to the central nervous system, kidneys and liver. It can also cause tremors, impaired vision and hearing, paralysis and mental health problems, according to a press release.

And researchers think these health impacts appear in ancient Maya history. Dark Sun was one of the last Maya rulers of Tikal around A.D. 810 and was depicted as pathologically obese. Mercury poisoning causes a symptom of metabolic syndrome, which is a combination of conditions like coronary heart disease, diabetes and stroke.

But where did the mercury poisoning come from? Researchers found sealed vessels of mercury at several Maya sites and other archaeologists have found objects with paints containing mercury. Which means for decoration, the ancient Maya used mercury-containing powder and cinnabar for patios, floor areas, walls and ceramics. From here, the mercury could have spread into the soil and water.

"For the Maya, objects could contain ch’ulel, or soul-force, which resided in blood. Hence, the brilliant red pigment of cinnabar was an invaluable and sacred substance, but unbeknownst to them it was also deadly and its legacy persists in soils and sediments around ancient Maya sites," says co-author Dr. Nicholas Dunning, a professor at the University of Cincinnati in a press release.

Cook and colleagues reviewed all data on mercury concentrations in soil and sediments at Chunchumil in today’s Mexico; Marco Gonzales, Chan b’i and Actuncan in Belize; La Corona, Tikal, Petén Itzá, Piedras Negras and Cancuén in Guatemala; Palmarejo in Honduras, and Cerén, a Mesoamerican ‘Pompeii,’ in El Salvador, according to a press release.

But the authors suggest they need more research to understand the role mercury poisoning played in the Maya world.

“We conclude that even the ancient Maya, who barely used metals, caused mercury concentrations to be greatly elevated in their environment. This result is yet more evidence that just like we live today in the ‘Anthropocene’, there also was a ‘Maya anthropocene’ or ‘Mayacene’. Metal contamination seems to have been effect of human activity through history,” says co-author Dr. Tim Beach, a professor at the University of Texas at Austin in a press release.