A yeast called Brettanomyces is famous for barnyard aromas, but brewers are leveraging its funky notes to elevate their drinks. 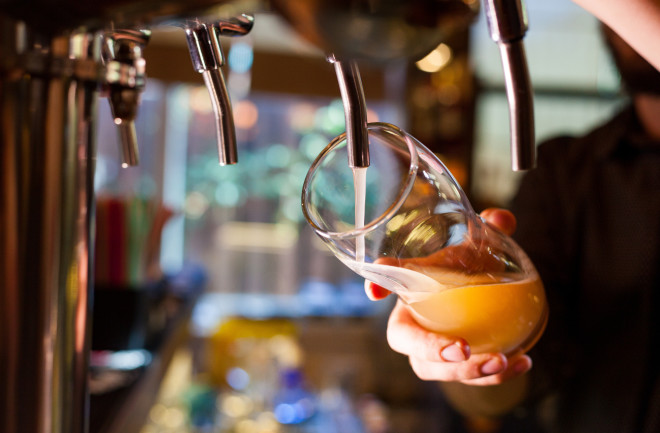 It’s a hot summer day. You walk into your local brewery and order a gueuze — a sour beer with a dry feel and cidery aroma. Little do you know that the yeast responsible for the drink is famous for producing pungent notes of wet dog, horse blanket and rope. Brettanomyces, affectionately referred to as “Brett,” sounds disgusting. But with the right balance, it can lift a brew to new heights.

Yeasts are the “engine at the heart of the brewing process,” says Kevin Verstrepen, a geneticist at the Vlaams Institute for Biotechnology and the Leuven University in Belgium. During fermentation, the single-celled fungi eat sugars and spit out alcohol, aromatic compounds and carbonation. As zymologist Quinton Sturgeon put in during an episode of the podcast “Ologies,” beer is just “yeast farts and piss.”

The workhorse yeast that ferments most beers is called Saccharomyces — the genetics model that you’ll find at most research institutions today. It’s a fast fermenter, gobbling up readily available sugars to quickly produce alcohol. By contrast, Brettanomyces eats slowly. It ramps up activity later in fermentation and consumes the long complex sugars left behind by Saccharomyces. This turns a beer’s sweetness into dryness and lightens its mouthfeel.

In the process, Brett also creates byproducts that give it unique aromas — the volatile phenols that smell like barnyards, yes, but also ethyl esters that smell like tropical fruits. They even free up the flavor compounds trapped in other beer ingredients, like the “fruity and floral aromas that are normally bound to hops,” says Verstrepen. These can taste like pineapples, citrus or lavender.

Most brewers mix Brett with Saccharomyces to develop a well-balanced taste. They sometimes add it in a controlled fashion during the industrial brewing process. But more often than not, they rely on nature to mix microorganisms for them in a process called wild fermentation; this involves exposing a vat of malt extract and water (together called wort) to the ambient air and allowing mixtures of yeasts, bacteria and mold to inoculate it.

Brews made this way typically taste sour because bacteria — and to a lesser extent, Brettanomyces — produce lactic and acetic acid. But different environments produce different mixtures, meaning you never truly know what you’re going to get. “It’s more of an art than a science,” says Adam Thomas, a brewer and the owner of Radix Fermentation, a small brewery that specializes in wild fermented beer.

Toward Industrial Brewing and Back Again

The roulette-style of wild fermentation is all the rage for upcoming craft brewers. One brewmaster in Colorado, Chad Yakobson, is even known as the “Brettanomyces guru” thanks to his open-source master’s research.

But the fad has ancient roots. Verstrepen hypothesizes that most medieval beers were wildly fermented — and they likely had Brett, though people didn’t yet know what microbes were, let alone know how to isolate particular strains. “They were probably not too dissimilar from a gueuze or a lambic beer today,” he says.

Wild fermentation took a sterile turn in 1883 when researchers at the Carlsberg Research Laboratory in Denmark discovered and isolated a single Saccharomyces species that they later used for brewing. Once they discovered that wild yeasts could skunk up a batch, other breweries followed suit.

Yet some producers missed the unique flavors lost during this sterile production process. That is, until 1904, when researchers from the same group discovered and isolated a new yeast (Brettanomyces) that produced the kick Saccharomyces lacked. Eventually, Brett became the first microorganism ever patented — and it stuck around through the ages.

Belgian Trappist monks who’d been brewing since the 17th century began selling Orval beer in 1931 and they still use Brettto imbue the drink with leathery, spicy notes. They even add extra Brett after bottling, which changes the flavor as it ages and eats up oxygen in the bottle to prevent it from going stale. Here’s an experiment you can try to taste just how much Brettanomyces affects beer: Buy a six pack, drink three now and drink the rest two years later. The beer will change flavor (and become more expensive) as it ages.

“I'm not saying that it necessarily gets better,” says Verstrepen, “but it is an interesting evolution.”

Today, Brett’s influence reaches far beyond Belgian monasteries. From major brewers like Allagash to craft brewers like Radix, the formerly ostracized microorganism now basks in the limelight. Thomas, for example, has added it to nearly every beer Radix has produced, whether it was wildly fermented or not. And he wants prospective taste testers to know that they don’t all reek: “As much as I love horse blanket [...] there are a lot of fruit-forward Brett beers,” he says. “For those that are a little timid, I would say to just go out and try some. You’ll be surprised.”

Brettanomyces is a diverse genus with a global distribution. Different strains produce different levels of skunky phenols and fruity esters. By taking census of and genetically sampling its diverse populations, food scientists can identify strains that produce a desired flavor combination.

In fact, researchers are already tinkering with Brett genetics by mutating yeasts to see how it affects flavor profiles, says Marc Serra Colomer, who did his Ph.D. with the Carlsberg Group. By shining ultraviolet light into these yeast cultures, food scientists can mutate them to produce strains that lack the PAD1 gene that produces stinky phenols. His team even found naturally occurring strains that suppress the gene. “Nature is very diverse and has a lot of yeasts that haven’t been isolated,” he explains.

In short, though CRISPR and other gene-editing tools are all the rage, they might not be necessary for brewing companies. “People are looking for products as organic as possible,” Serra Colomer says, so Brett’s future probably lies in censusing its genetic diversity rather than genetically modifying it to create novel flavors. Cheers to that.