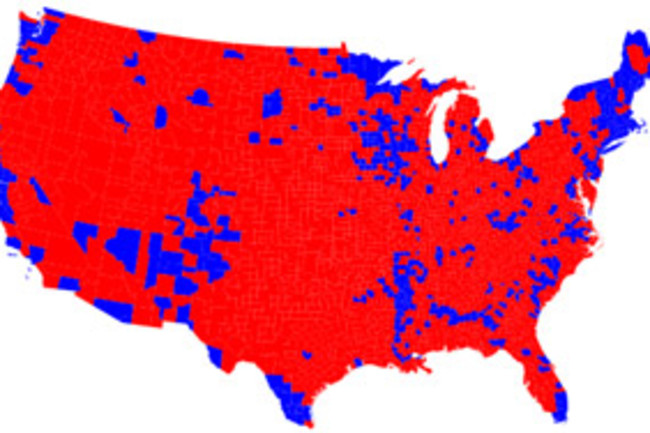 Over the past few years we've all heard about "Red" and "Blue" America. Pundits like David Brooks have written about how the two Americas are drifting apart through residential segregation in the real world or reading their own ideological media in the cyberworld. But over the past six months I've been involved in some political volunteer work relating to a local issue and I've seen voter lists with party registration, and I was struck by the number of Democrats and Republicans who lived in the same household! Husbands and wives, parents and children, and so on. There has always been a large literature on interfaith and interracial families, but have there been studies on the number of interpolitical families? We know that whether you have a gay family member or friend is a strong predictor of a more tolerant outlook toward homosexuals, how much does daily interaction with the political Other mitigate partisanship? Update: This is the source of the map.