Congress Finally Passed a NASA Plan. So What's in It? 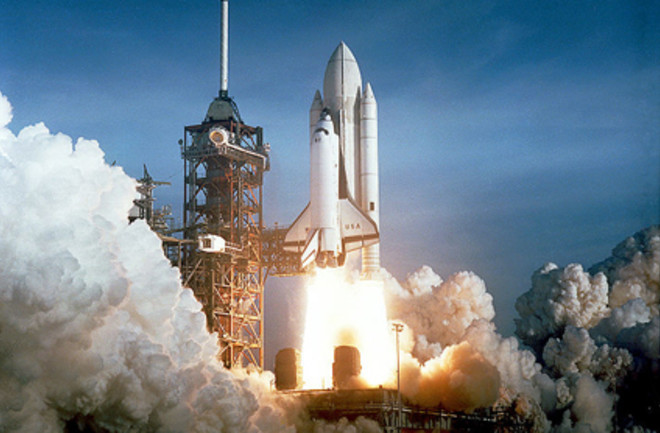 Finally, after spending much of 2010 sparring over the future direction of NASA, Congress approved the space agency's reauthorization bill (pdf) last night. It was not a moment too soon, as the new fiscal year begins tomorrow. Over at Bad Astronomy, Phil Plait documents the reactions of Congressional representatives, and that unsavory feeling of watching the sausage get made in Congress. Here are the basics of the bill, which President Obama is expected to sign. Money The measure covers the next three years, appropriating $19 billion to NASA for 2011 and slightly more over the next two years, adding up to about $58 billion through 2013. Along with the reauthorization bill, the House also passed a continuing resolution to grant NASA the money to get moving. But Congress doesn't reconvene from its current break until after the November elections, and that's when they'll have to pass appropriations to actually get NASA this money. Space Shuttle The program is still going away, and sooner rather than later. The Congressional compromise tacked on one additional shuttle flight to the last two that currently remain. But after that, it's curtains.

With the end of that program, scores of jobs at NASA and its contractors will be lost. In fact, on Oct. 1 nearly 1,400 shuttle workers will be laid off at NASA contractor United Space Alliance – a joint venture by Boeing and Lockheed Martin. [Space.com]

, the vision of his predecessor, George W. Bush, for going back to the moon and on to Mars. Plenty of contractors and Congressional representatives objected to the Obama administration's move, but the program is dead with this new plan. It's back to the drawing board—sort of. The law demands a new heavy-lift vehicle (HLV), one derived from technology used on the shuttles and built for Constellation.

The HLV – to be ready to launch by 2016 – will initially provide a backup to commercial fleet, prior to a leading role as the NASA vehicle for Beyond Earth Orbit (BEO) exploration. [NASASpaceflight.com]

Same goes for a new crew vehicle: Congress calls on NASA to start work on a new one based on the "human safety features, designs, and systems" of Orion, the crew vehicle under development for Constellation. These compromises were the source of controversy yesterday, as some members of Congress suggested that Congress ought not be telling NASA how to build a rocket. To the moon? Mars? Elsewhere? Unlike President Bush's Constellation and its go-go scheduling for getting back to the moon by 2020, this week's compromise plan isn't big on setting concrete dates. The reauthorization outlines its broad goals: Getting beyond low Earth orbit and making a trip to the moon or a nearby asteroid possible, and in the long-term achieving a human spaceflight to Mars. But it doesn't say when. Private spaceflight, and the International Space Station The companies building spacecraft

that they hope will carry astronauts into low Earth orbit—SpaceX, Orbital Sciences, Sierra Nevada and the like—will continue to receive support from NASA for that mission.

NASA will now be able to spend $1.3 billion over the next 3 years to fund the development of commercial spacecraft. That's considerably less than the $3.3 billion that had been requested by the White House but it still allows NASA to begin to implement the vision laid out by the president. [ScienceNOW]

Despite the reduction from what Obama asked for, the Commercial Spaceflight Federation—an organization of those companies—lobbied for the bill's approval

. One reason they're probably gung-ho is that the plan calls for the continued use of the International Space Station. That means we'll still need a post-shuttle vehicle to get cargo and crew up there. From the text of the reauthorization:

It shall be the policy of the United States, in consultation with its international partners in the ISS program, to support full and complete utilization of the ISS through at least 2020.... NASA shall pursue international, commercial, and intragovernmental means to maximize ISS logistics supply, maintenance, and operational capabilities, reduce risks to ISS systems sustainability, and offset and minimize United States operations costs relating to the ISS.

What about the basics? The approved compromise allows for a healthy appropriation for NASA basic science—about $5 billion of the $19 billion annual total. The fear, though, is that the ambitious agenda means sacrifices must be made. Because of the immediate start on a new heavy-lift vehicle, plus Congress's demand that NASA fly the extra shuttle mission next year, there may be extra demand for funds sooner rather than later.

Rep. Bart Gordon (D-TN), who initially opposed the Senate bill in favor of his own version, said in a statement that other important NASA programs, such as science and technology research, would likely be cannibalized for this launch. [Nature]