Citizen scientists are joining astronomers to use NASA's flagship telescope to learn more about these '"failed stars." 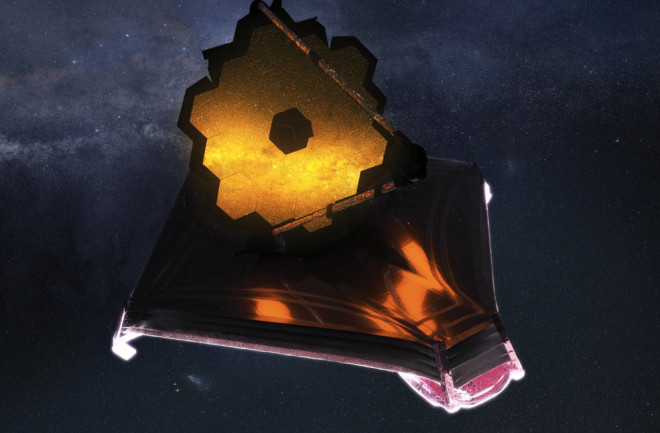 NASA's James Webb Space Telescope will peer deeper into the universe than ever before, unlocking new mysteries of the cosmos. Credit: NASA/Adriana Manrique Gutierrez

When NASA’s James Webb Space Telescope (JWST) launched on Christmas Day, 2021, it heralded a new era of space observation for astronomers. The powerful telescope’s ability to see further into infrared wavelengths, and with higher resolution, than ever before means it can peer deeper into the universe than ever before potentially unlocking new answers about the universe.

Both scientists and the public alike got a taste of the JWST’s capabilities when the first images from the telescope were released this summer, revealing ultra-high-definition views of the Carina Nebula, Southern Ring Nebula and more. Since then, the space telescope’s schedule has been booked solid as astronomers continue to use it to gather new data about exoplanets, galaxies, nebulae and more.

That schedule includes a few projects that include a new group of participants: citizen scientists. The JWST is set to follow up on data from a citizen science project called Backyard Worlds: Planet Nine that hunts for cool, dim objects in our stellar neighborhood. These objects could be planets, or other kinds of objects like brown dwarfs, a a mysterious class of not-quite-stars. Volunteers with Backyard Worlds have found a number of candidate objects that need a closer look, and the JWST will begin scanning the sky for them in the coming months, hopefully revealing new data and new information about the diversity of objects in the universe near Earth.

“They’re really hard to find,” says Dan Caselden, a citizen scientist and a co-investigator on an upcoming JWST observing campaign looking for brown dwarfs. “It’s the needle in the haystack problem, which is so much fun.”

Brown dwarfs are a class of objects between gas giant planets and stars. Credit: NASA/JPL-Caltech

Brown dwarfs are a kind of celestial body that fall somewhere between a large gas planet, like Jupiter, and a star, like our Sun. Brown dwarfs aren’t quite massive enough to fuse hydrogen into helium, the process that powers stars, so they’re relatively cool. The almost-stars could tell us new things about massive gas giant planets — like many exoplanets — including what their atmospheres are made of and how they behave.

The project Caselden is involved with, called “Explaining the Diversity of Cold Worlds,” is looking at the very coldest brown dwarfs, which are called Y dwarfs. On these worlds, temperatures can be below the boiling point of water, and sometimes even akin to a balmy day here on Earth. That means many gasses we find here on Earth, like carbon dioxide, methane and water, could also exist on Y dwarfs. That makes them ideal targets for the JWST, which is the first telescope powerful enough to peer into the atmospheres of far-away worlds.

Even though brown dwarfs can be large — up to 80 times the mass of Jupiter — they’re hard to spot, because they’re very cool, and so don’t show up in images like a bright, hot star would. So, the first hurdle to overcome for scientists studying brown dwarfs is simply finding where they are.

That’s where citizen scientists like Caselden come in. With NASA’s Backyard Worlds project, volunteers scan through data from the Wide-field Infrared Survey Explorer (WISE) mission, which takes pictures of the entire sky. Hidden within those images are countless new objects, but they’re hard to pick out since they’re so cold.

Citizen scientists, alongside machine learning algorithms, search through the images with a fine-toothed comb, on the lookout for anything that looks like a new brown dwarf. When they do find a candidate, they alert astronomers, who follow up on the observation to find out more. These objects are often fairly close to Earth, which can make the discoveries even more thrilling, Caselden says.

“If you find one of these, and it's really close, it's just screaming by in the images, which just looks awesome,” he says. “There's something more exciting about something flying around crazy fast.”

Caselden, who works as a computer security researcher, also began making tools for the project that allowed volunteers and researchers to search through the data in new ways.

“It's chock full of really hard problems,” he says. “And if you make any improvement, it's felt by the science team. You can see that what you do has an actual impact.”

Those tools include the Wiseview website, which Caselden created with a colleague, Paul Westin, as well as machine learning algorithms that help speed up the work of the citizen scientists with Backyard Worlds.

More than a hundred objects found by citizen scientists have gone on to be observed by astronomers with powerful telescopes, which now includes the JWST. The new and more powerful telescope could prove to be a game-changer for astronomers studying cold objects like the Y dwarfs Caselden is hoping to observe. The JWST will allow astronomers to pick apart the different wavelengths of radiation coming from individual Y dwarfs, or their spectra, which lets them infer the age, temperature and mass of a brown dwarf, and even what kinds of elements might be there.

“The big thing that we're getting from JWST is spectra in wavelengths that we've just not gotten before,” Caselden says. “A big push now that we've obtained our first spectra is to understand the chemistry: What is within these Y dwarfs, what are we seeing in their atmospheres [that creates] these spectra?”

Those insights in turn could inform ongoing work on the atmospheres of exoplanets. Better understanding what kinds of molecules exist on other planets helps show astronomers what kinds of geological and atmospheric processes are happening there, and could even offer evidence of alien life, should it exist.

Get Involved With NASA Science

Science Near Me has dozens of opportunities to learn about and even contribute to NASA science. You can learn binary code, which astronomers use to talk to the Chandra X-ray Observatory, learn about pioneering women in science and astronomy or browse an interactive gallery of exoplanets with NASA’s Universe of Learning.

Or get involved with citizen science by hunting for brown dwarfs with Backyard Worlds: Planet Nine, or monitor light pollution in your area using your smartphone with Night Sky Light Pollution. You can also stay closer to home with the GLOBE Observer projects, which let citizen scientists track land cover, clouds, tree height and even mosquitos right here on planet Earth!