Chemical Behind the Smell of Rotting Flesh Prevents Seizures (in Tadpoles) 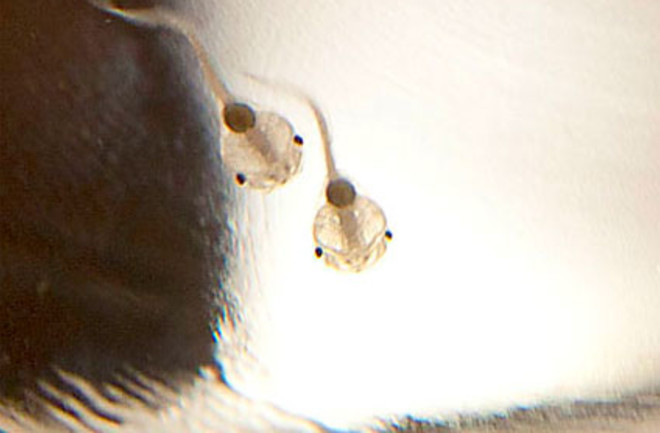 Most people try not to associate themselves with bad breath, let alone the smells of purifying flesh. But that doesn’t deny the fact that your body naturally contains the same chemical underlying both of these smells—and in the future, people may even pay good money for that chemical, as new research shows that it helps (amphibian) victims of epileptic seizures.

The chemical is called putrescine (1,4 diaminobutane), a malodorous organic compound within the polyamine family—a group of molecules already known to play a crucial role in important functions like cell division. In large doses, it is quite toxic, and scientists weren’t so sure why this rotten-smelling compound shows up in the brains of seizure-stricken patients. Until now.

Brown University neuroscientist Carlos Aizenman discovered that putrescine granted seizure-prone tadpoles 25% more seizure resistance for up to four hours after their initial seizure. They singled out putrescine through a series of experiments, first by stopping polyamine synthesis entirely, and finding that the tadpoles had even more seizures. Next, they blocked the putrescine-to-polyamine conversion, increasing levels of putrescine and reducing tadpole seizures. Finally, they checked their work by administering putrescine directly into the poor tadpoles, and found that the amount of time between seizures increased by 65%. So how does it work?

Aizenman suspects the tadpole’s bodies (and potential human bodies as well) metabolize putrescine into gamma amino butyric acid (GABA), a well-known neurotransmitter inhibitor. So when nerve cells go into hyper-drive during a seizure, this chemical builds up at the ends of neurons, staunching the firing of nerves, and in turn preventing more seizures. As for medical treatments, Aizenman said in a press release: “Potentially by manipulating this pathway we may be able to harness an ongoing protective effect against seizures.” He warns, though, that any future medicinal use of putrescine is years in the making, so for now, this stinky substance is the sole domain of rotting flesh, bad breath, and living cells.