The Cheater's Guide to Interstellar Travel: A Conversation with Slava Turyshev 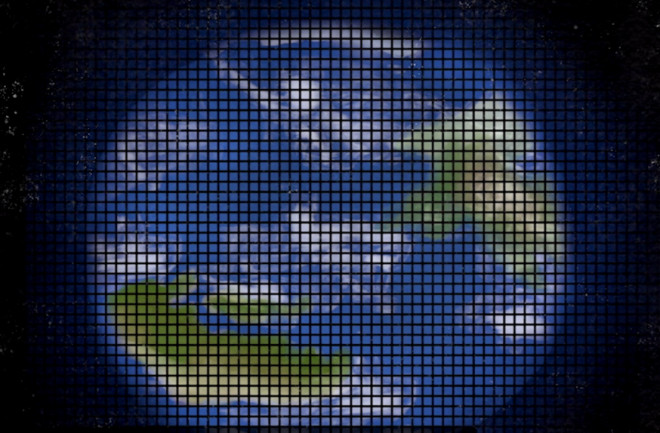 Simulated image of an Earthlike exoplanet, reconstructed by a space telescope located about 100 billion kilometers from the Sun. (Credit: Slava Turyshev)

Science fiction is a genre committed to the concept of “run before you can walk.” Long before anyone knew whether heavier-than-air flight was possible, writers were imagining travel to other planets. By the time interplanetary space probes were a reality in the 1960s, the storytellers had long since moved on to thinking interstellar.

Today, two or three generations of happy nerds have grown up in a world saturated with science fiction TV shows and movies featuring the word “star” in their titles. When we hear astronomers discuss the detection of possible Earthlike planets around other suns, then, it’s only natural that we want to go there and take a look. We’ve been conditioned to imagine that it’s possible.

In truth, it’s not–at least, not yet. But there may be a way to cheat a little, to get the benefits of interstellar travel without going the full distance. To find out how that might work, I called up Slava Turyshev, a research scientist at NASA’s Jet Propulsion Laboratory who has spent many years thinking about how to bend the rules of space exploration by exploiting the rules of bent light.

Turyshev is one of the world’s leading champions of a mission to a point called the Solar Gravity Lens. He’s also one of the very few champions of this exotic c0ncept, but the more I spoke with him the more excited I became. The idea here is to use the gravitational pull of the Sun as an enormous magnifying glass. Following the rules of Einstein’s general theory of relativity, the Sun warps space around it. A beam of light passing close to the Sun is bent inward a tiny bit as a result, just as would happen if it passed through a lens.

Travel far enough out–at least 550 astronomical units (AU), where 1 AU equals the Earth’s distance from the Sun–and light from an object behind the Sun comes together at a focus. The Sun becomes, in essence, a telescope that is 1.4 million kilometers wide. With that kind of magnification, it might be possible to observe planets around other stars in detail without making the actual journey. But as Turyshev explains in the following interview, there are still a lot of complicated problems to solve. Even cheating isn’t always easy.

Q: I’ll start with a dumb question. Why do you need to go to the Solar Gravity Lens? Why not just build an enormous space telescope right here near the Earth?

A: To resolve an Earthlike exoplanet, you need to have an enormous telescope, many kilometers wide. We are nowhere close to building kilometer-scale apertures in space. Maybe we can build in 100 meters on Earth, and in space? It’s not happening. Now suppose you actually could build a 70-kilometer apertures space, and you build it just a few atoms thick. It will weigh trillions of tones, but if you deployed it, solar radiation pressure would remove it from the solar system within just one year.

On the other hand, we may soon have interesting signatures of possible life on exoplanets. We will want to do high-resolution imaging of them. That’s where I came in–to explore the potential of gravitational lensing and see if we can develop a mission concept. I applied to NIAC (NASA Innovative Advanced Concepts). On the third attempt, they decided to support us.

Q: How would a Solar Gravity Lens mission work? For starters, how far do you have to go before the Sun becomes a useful lens?

A: The focal line begins at 548 astronomical units and extends to pretty much infinity. As you go farther, the disc will be separated more from the Sun, so that we can block the Sun and part of the solar corona. [The Sun’s gravity will bend the image of the planet into a ring around the disc of the Sun itself.] We need to go out up to 750 AU.

Schematic of the Solar Gravity Lens point, where the Sun's gravitational pull can bring a distant planet into clear focus. (Credit: Slava Turyshev)

Q: That’s quite a distance, about five times as far as Voyager 1 has traveled. Then what do you do when you get there–do you just hover and piece together a picture of the planet?

A: No. Now the dynamics of the system comes into play, because nothing is static in the universe. You have to follow of the image of the object, the planet moving around its parent star. That star moves with respect to the Sun, and our Sun is not static, either. It is being pulled by the gravity of Jupiter and Saturn. To compensate for that acceleration, ion-electric propulsion [as was used on NASA’s Dawn mission] will be sufficient. But the farther out you go, the more propellant you need to follow the image of the exoplanet. We think that the distances between 750 AU to maybe 1,200 AU,  is the most optimal region.

Fortunately, you don’t need to stop. You just keep going and collect photons through a three-dimensional volume. Each photon essentially will be time stamped. We can then compensate for time delays and reconstruct the image. It takes less than a year to build the image of the of the exoplanet.

Q: Could you then keep taking new pictures of a planet every year to watch for changes, like moving clouds?

A: Exactly. We did a simulation and were able to remove the clouds from the image, essentially. We can peek under the clouds and see continents. We can also see weather patterns, and see topography. That’s very exciting.

Q: Since the aim needs to be so precise, would you be limited to studying one planet only?

A: If the system has multi-planets, all the planets are available within that system. But yes, I think about this as a single target mission. It’s not an interstellar mission and it’s not a surveying mission, it’s a planetary mission. Cassini went to Saturn only. New Horizons went to Pluto. This mission, too, will look at one target–one planet or one system.

Q: What happens during that long trek out to 750 AU? Are there meaningful things to do along the way?

A: There’s plenty for interesting science that can be done as a secondary set of objectives. As you move away from the solar system to reach that focal area our baseline changes significantly, so now we can measure distances to extragalactic sources. We can study dynamics in the local universe. We can also test general relativity and various theories of gravitation. We probably will be able to map out the solar system background, the dust of the solar system. After we reach the solar gravity lens point, we can also look any sort of any other objects in the same field of view.

Q: Let’s talk practicalities. How do you get out so far in a reasonable amount of time?

A: There are two ways to get there. If you go small, flying 50-centimeter aperture telescopes (about 20 inches), then you could use solar sails. Using the kind of sail designs under development here at JPL we could potentially reach velocities of roughly 60 to 70 kilometers per second, which is quite significant.

If you go with a larger rocket, we need to go to have a solar flyby. You sort of fall into the Sun, and then ignite a rocket, maybe a solid rocket motor, to take advantage of something called the Oberth maneuver [an effect in which a rocket provides more thrust if it is already moving at a high velocity]. For the Oberth maneuver, we would fly to just two or three solar radii of the surface ofo the Sun. Thermal shielding is a major challenge, but with this rocket we could get to the Solar Gravity Lens distance within 27 to 35 years. It’s within the lifetime of a scientist.

Q: You’ve also worked with the Breakthrough Starshot team, the people who are studying a true interstellar mission. Why do you prefer to focus on the Solar Gravity Lens approach?

A: It’s not really clear how to make things work with a Breakthrough approach. If you are flying through a planetary system at 0.2 times the speed of light [the stated Breakthrough goal], how do you find your target? The flyby happens in about a 10th of a millisecond. How do you take the data? How do you report the data and send it back? It’s not really worked through.

We had to study here at JPL on the ways of how to visit an exoplanet, and we realized that flying by [at ultra-high velocity] does not make any sense. You have to stop and orbit. On flyby it’s almost impossible to get any sort of useful data. There is no real instrumental concept that will get enough photons on your detector at  relativistic speed to record them in appropriate timing to reconstruct the image. But to my mind there is also no feasible approach for how to stop or even how to slow down.

Proxima Centauri, the nearest star beyond our Sun, has an Earth-size planet. Remote sensing from the Solar Gravity Lens point could tell us if it is habitable, but getting this kind of view of it will be possible only by physically going there. (Credit: ESO/M. Kornmesser)

Q: Do you think it’s just too soon to start thinking about something as ambitious Breakthrough Starshot?

A: I still like the Breakthrough approach [using a high-power laser to accelerate a spacecraft attached to a lightsail]. It’s a propulsion concept that could enable a lot of things. If they will be successful–and I’d like them to be successful–it will be a way for us to get outside the solar system, maybe not with a little one-gram spacecraft, but maybe with something different.

Q: You seem optimistic that a Solar Gravity Lens mission is possible, but many people consider that pie in the sky as well.

A: I don’t downplay the challenges of this mission. The big one is, obviously, the extreme distance you have to travel to get there. But it’s not nearly as far [as true interstellar travel], and you don’t have to slow down to collect the information. It’s a natural intermediate step. Before you go to the planet with the Breakthrough approach, why don’t you fly to the solar gravity lens to see if it makes sense to go that planet?

Ultimately, to see the life on any exoplanets in detail, we will have to visit that at some point. But we’re not very close to the time. It might be some two centuries down the road. The Solar Gravity Lens allows you to study the potential targets in detail decades if not centuries earlier.