Challenger astronauts memorialized on the Moon

Friday was the 25th anniversary of the loss of the Shuttle Orbiter Challenger, which I already wrote about as part of a post about Apollo 1 and Columbia. But I wanted to add that after that event in 1986, seven craters on the Moon were named after the astronauts: 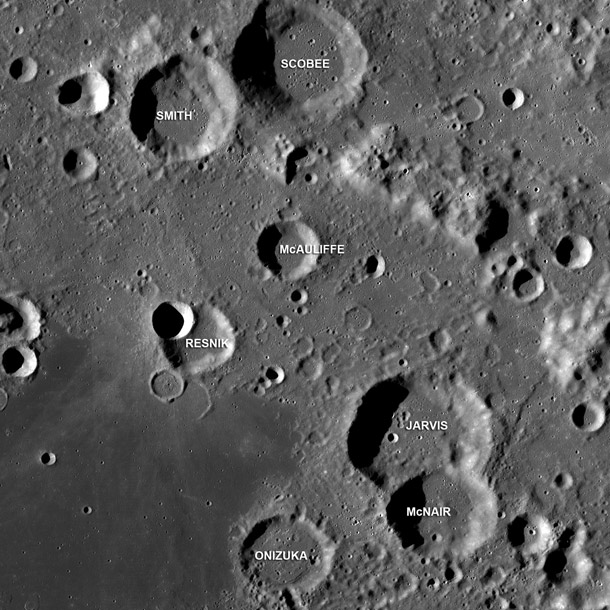 This mosaic of LRO images is about 190 km wide, so these craters are actually quite large. Interestingly, these craters are themselves inside a much larger 524-km wide impact basin... named Apollo. Image credit: NASA/GSFC/Arizona State University