The Stardust mission has returned bits of old, dead stars to Earth. Probably. 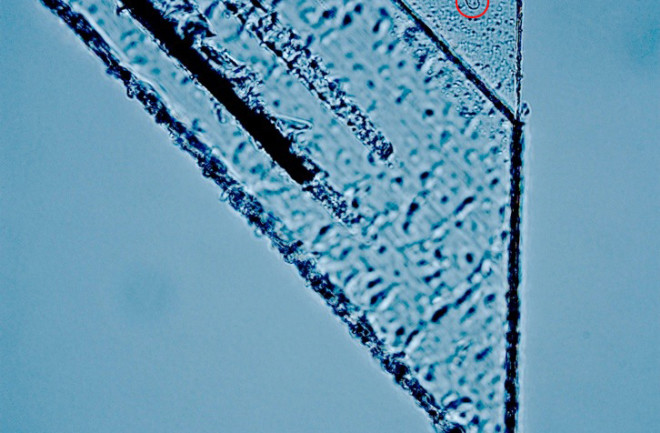 Sign up for our email newsletter for the latest science news
An illustration of NASA's Stardust probe. | UC Berkeley/Andrew Westphal

Our solar system began as a swirling cloud of dust and gas, the remainders of exploded stars. In 1999, scientists launched a spacecraft called Stardust to take a better look.

Stardust rocketed more than 3 billion miles around the solar system. Throughout the mission, particles of dust smacked into the spacecraft’s sample collectors, where they became lodged in an ultralightweight spongy material called aerogel. Seven years later, the probe returned to Earth, landing in Utah with its tiny precious cargo.

Last year, scientists announced that seven of those teensy dust particles — stuck in the Space Age gel — seem to come straight from the solar system’s original embryonic cloud, based on initial analysis. They are likely interstellar dust particles: the ashy remains of ancient suns, stars that died fiery deaths billions of years ago. The largest of these particles are just microns (thousandths of a millimeter) across: All seven could fit in the period at the end of this sentence.

“This is the first baby step in exploring a new kind of extraterrestrial material,” says lead researcher Andrew Westphal of the University of California, Berkeley. His team still needs to double-check the particles’ origins. “We haven’t done it yet, not because we’re lazy or because the instruments don’t exist,” he says, “but because we aren’t yet confident that we can prepare these samples for analysis without losing them!”