With the right conditions and a bit of luck, some of the most inhospitable worlds in the universe could still be habitable. 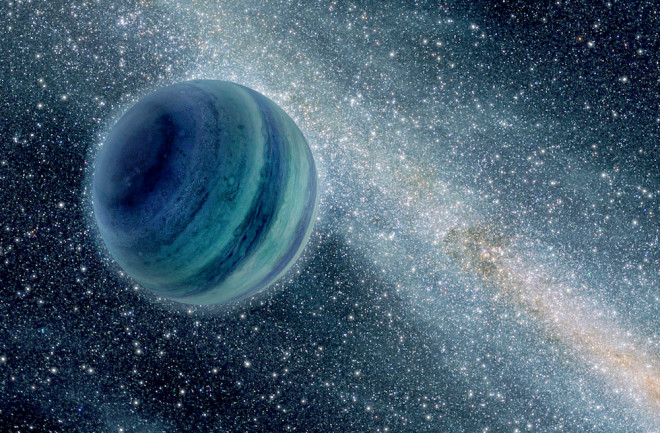 This article appeared in the September/October 2021 issue of Discover. Become a subscriber for unlimited access to Discover's archive.

Even as a child, before he devoted his life to the search for extraterrestrial life, Frank Drake wondered whether Earth was alone in its ability to harbor life. He wasn’t the first or the only one to wonder. There’s a reason so many are fascinated by the question: Its answer helps reveal humankind’s place in the cosmos.

Drake’s musings inspired him to pursue astronomy, serving as director of the Arecibo Observatory in Puerto Rico and president of the SETI Institute — which, as the acronym suggests, is devoted to the Search for Extraterrestrial Intelligence, and exploring the possibilities of life elsewhere in the universe. Drake is perhaps most famous for his eponymous equation — an estimate of how many alien civilizations might exist in our galaxy. Presented in 1961, the equation is generally considered as the start of a new era of searches for extraterrestrial intelligence.

But decades after the invention of that famous equation, Drake has conceded that his estimates were overly conservative. Among the too-moderate assumptions was that a potentially inhabited other world must be orbiting a star — overlooking the possibility of life on rogue planets.

Sometimes called “nomads of the galaxy” or “orphan planets,” these cold, dark worlds careen through space with no home, no solar system, no sun to orbit. Long ago, they formed around a star, but were flung out, abandoned by their parents. There are billions of rogue planets — astronomers estimate there could be at least one for every star — wandering the galaxy.

It may seem futile to search for life in such cold, desolate environments, but over the last two decades, astronomers have come up with a number of possible scenarios that would make life possible on a planet without a star.

While there are many ingredients necessary for life to properly thrive, two of the most essential are a liquid solvent, which helps transport minerals and other substances vital to life between cells, and a source of energy that organisms can harvest to continue to live and grow.

A planet like ours — close enough to a star to have oceans of liquid water (satisfying the solvent requirement) and a plentiful source of visible light for photosynthesis (satisfying the energy requirement) — is a paradise for living organisms. If we were closer to the sun, the light would be too intense, the heat boiling the oceans. If we were farther away, the oceans would freeze, and plants would struggle to have enough light to convert to chemical energy. As it is, Earth is perfectly situated. Not too hot, not too cold, but square in what astronomers call the habitable or “Goldilocks” zone.

Planets like ours, in the habitable zone around a sun, were the focus of most searches for life. But those searches may have been too limiting. (I Credit: Roen Kelly/Discover)

Searches for extraterrestrial life have been dominated by scouring the sky for Goldilocks planets like ours. But many astronomers think this search strategy betrays a lack of imagination that is unnecessarily limiting our searches. Who says life should look exactly like it does on Earth?

Sara Seager, a professor at MIT and expert on exoplanet searches, is among those who think we should broaden our notions of habitability. “Everywhere we look, we see ingredients for life. And the thought is that it came together on our planet, so surely if the ingredients for life are on other planets, life should be able to originate somehow,” she says. For Seager, this means looking for exoplanets orbiting stars that might be outside of the traditional habitable zone, or that might have signatures of unique biochemistries unlike those we find on Earth.

But Florida Institute of Technology professor Manasvi Lingam has taken this idea even further. Why should the planet have to orbit a sun at all? Can such a rogue planet still contain the ingredients for life?

Building on other work that began in 1999, Lingam and his colleague Avi Loeb explore this question. In a paper published in the International Journal of Astrobiology in 2019, they study how life might survive on a rogue planet in oceans underneath an outer ice layer. This ice layer would form if an Earth-like planet were flung out from the orbit of its sun. The cold of interstellar space would be too much for the oceans to remain entirely liquid. But the ice layer could also help insulate the inner part of the planet from the frigid surroundings, acting as a blanket. And deep in the planet’s core, radioactive elements would continue to produce heat, warming it from the inside out.

This combination of outer insulation and inner heating might protect the oceans from freezing all the way through. If Earth were ejected now, the amount of radioactivity probably wouldn’t be enough to prevent its oceans from icing over, and we likely wouldn’t have enough water or geothermal activity to support life. But Lingam and Loeb think that if it had been ejected shortly after forming, when there was much more geothermal activity in the core, then the oceans might have survived.

Lingam’s proposal is just one of a handful of situations where a rogue planet might still be able to maintain a temperature for liquid water to exist on it. If the rogue planet had a dense atmosphere of hydrogen, this would also act as a blanket, even allowing liquid to exist on the surface rather than under a thick ice sheet. Or if planet was ejected from the orbit of a star with a moon still tethered to it, then the moon could remain warm from the friction caused by the tidal forces from the planet.

So, the solvent requirement might be satisfied on a rogue planet. “But then there’s still a missing factor, which is: You might have liquid water, but where does the energy for organisms to metabolize [come from]? Where are they going to get the energy to sustain themselves?” Lingam says.

For this, Lingam considered an unlikely source. Certain galaxies are considered active, emitting intense radiation as matter falls into a supermassive black hole at its center. And if the rogue planet is near this center — the so-called active galactic nucleus — then it might be able to use that radiation to power photosynthesis.

Lingam found that there is a balance between the usefulness of this light in photosynthesis and the harm of extreme ultraviolet light on cells. But a number of shields, such as soil or the first few meters of ocean water, might also protect life in subsurface seas from ultraviolet radiation, while allowing enough visible light through to foster photosynthesis. Lingam determined that an active galactic nucleus might be able to support life on a rogue planet that is less than about 1,000 light-years away from the galaxy’s center (for comparison, Earth is 25,000 light-years from the center of the Milky Way).

Even with these conditions met, whether we can detect signs of life in the near future is still an open question. This is especially difficult in the case of rogue planets, since we likely couldn’t use light from a parent star as a signal, as we do in typical exoplanet studies. According to Seager, “The search is for future generations. … It will be very hard.”

What might life look like on such a planet? “You can certainly think of having something that’s bigger than microbes,” Lingam says. “Even if it’s not as complex as the most complex things we see here [on Earth]. We may not see dolphins,” or any similar developed species.

But whether or not we can find it anytime soon, and whether or not intelligent life can thrive, that life is possible at all on these planets may indicate a hidden abundance and diversity of organisms throughout the universe. Even on Earth, we’ve marveled at extremophiles’ abilities to survive in the most inhospitable corners of our planet. Why not also in the dark cold of interstellar space, on a rogue planet?

Maybe life isn’t just a happy accident that emerges under the perfect conditions on a Goldilocks planet — maybe it’s an inevitability.