Can Humans Live in Space Without Going Crazy?

Astronauts say getting to space is the easy part. 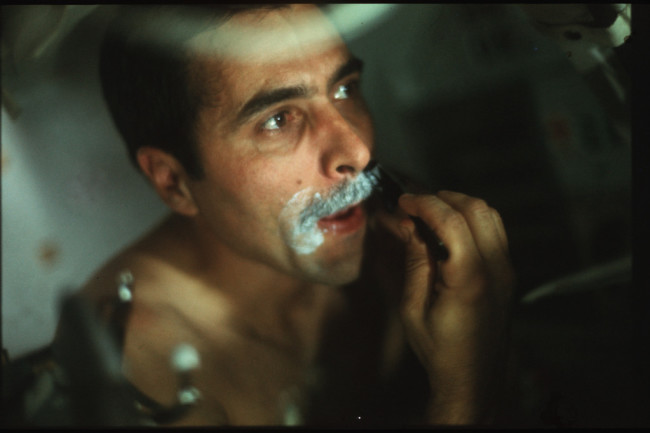 On May 5, 1961, Alan Shepard became the first American in space when he piloted the Mercury capsule Freedom 7. His sub-orbital journey lasted 15 minutes. Like most children who grew up in the early era of space flight, I remember this moment well.

The flight was extra special for me because my dad, Arthur L. Levine, worked for NASA. As a human resources administrator, he recruited John Glenn, who in 1962 became the first American to orbit Earth. My dad, Glenn and Neil Armstrong, all worked at the research center in Cleveland, Ohio, which today is called the Glenn Research Center.

Because dad worked for the agency, I became fascinated as a child with astronauts and space flight. That fascination has stayed with me as an adult.

And over and over I keep returning to something: What impact does being in space have on the human psyche? And for those future Mars astronauts, how would the human mind hold up as Mother Earth fades away to a dot?

Surprisingly, it wasn’t until Mars missions became feasible that NASA considered the full breadth of the psychological needs of astronauts. 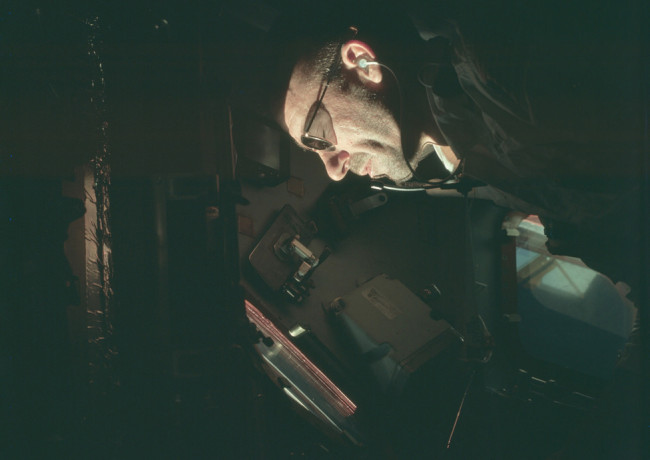 Astronaut Wally Schirra, one of the original Mercury 7, gets some rest during the Apollo 7 mission. (Credit: NASA)

The NASA astronauts of the 1960s were former military test pilots with at least some technical knowledge of the spacecraft. They could communicate with the NASA ground team about engineering issues, says James Picano, senior operational psychologist with NASA’s Behavioral Health and Performance (BHP) group.

The Mercury and Gemini missions were short flights, like those in aviation testing, just hours long. Though the Apollo missions of the late 1960s and early ’70s ventured to the moon, even they still were only days long.

For these missions, NASA wanted astronauts who remained calm and clear-headed under pressure. The legendary “Mercury Seven” were that and more. “They were highly motivated, had strong emotional control and were used to pushing themselves to the extreme,” Picano said. Though these astronauts certainly had the right physical stuff, public relations and geopolitics were also involved in NASA’s portrayal of them, says Douglas Vakoch, a retired clinical psychologist and editor of the book Psychology of Space Exploration.

“The early years of space exploration were marked by competition between the United States and the Soviet Union,” Vokoch says. “The astronauts were portrayed as heroes. Any astronaut who even hinted of any psychological problem was in danger of losing his flight status.”

When as a boy I asked my dad about why astronauts seemed so brave, he said, “They were taught to keep any doubts or fears to themselves.” 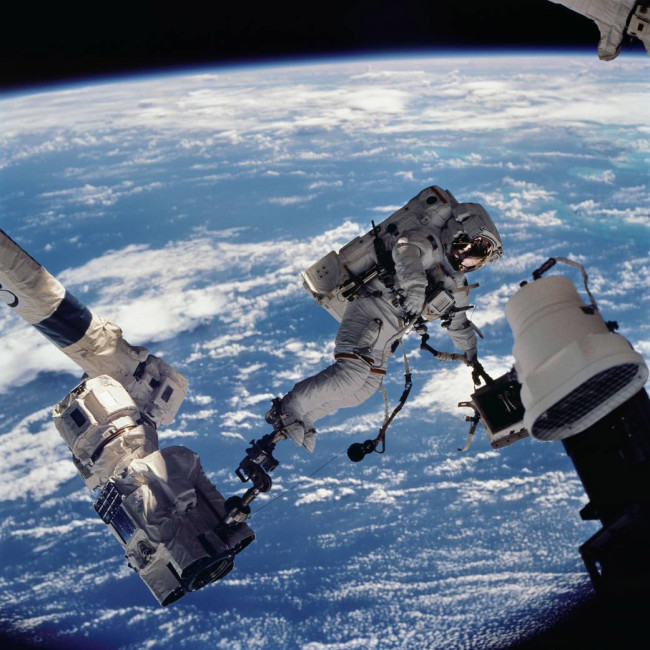 Since 1971, with the successful launch of the first space station, the USSR’s Salyut 1, American astronauts and Russian cosmonauts have lived and worked in orbit — sometimes for months at a time. Russia was first in offering some psychological preparation for crewmembers. The training focused on cultivating calmness during stressful situations and teamwork.

The Soviet and Russian Mir was an active orbital outpost for 15 years beginning in the mid 1980s. In 1995, Mir hosted 125 men and women from a dozen nations over the next four years. One of the crewmembers was American David Wolf, who spent 128 days on the space station.

In preparation, Wolf underwent the same psychological training that the cosmonauts were receiving. At one point he was sequestered for three days with two others inside a cramped Soyuz capsule “heated to unbearable levels,” he said.

Wolf was also on the International Space Station (ISS), which entered orbit in 1998 and continues to host astronauts from different countries, such as Canada, Russia and Japan. ISS training was similarly strenuous. He and his team hiked and rappelled in freezing temperatures while being sleep-deprived for up to nine days.

“You learn to make decisions based on insufficient information,” Wolf said of the exercises, “which is what you must do during a space mission.” 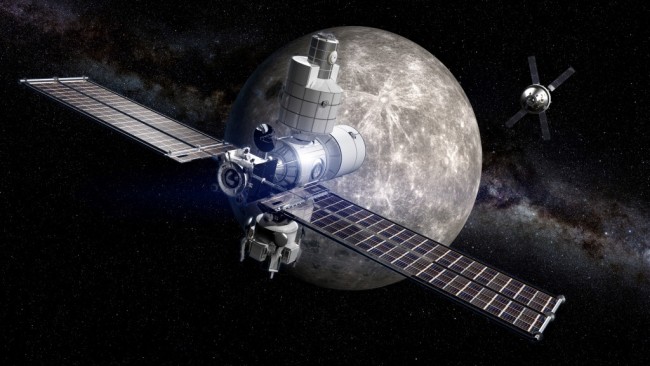 In February 2007, astronaut Lisa Nowak, a mission specialist on a space shuttle flight the previous year, was charged with attempted murder in a love triangle involving another astronaut. As a result of the front-page news coverage, the U.S. Congress held hearings, and a committee recommended that NASA pay more attention to astronauts’ mental health. This led in 2008 to the formation of the BHP and the requirement psyche screening for astronauts.

“Before 2008, psychiatric screening was only done for astronaut candidates,” said Nick Kanas, a psychiatrist who for a time screened NASA astronauts. “Now all astronauts are screened by a psychiatrist every year regardless if they are flying or not.” BHP offered ISS astronauts training on conflict management, cultural sensitivity and coming to terms with the isolation of space, Picano said. This was a step up from the training Wolf had received.

During the mission, each crewmember has weekly video conferences with family members and opportunities for counsel with the BHP team. After the mission, crewmembers take part in a reintegration program, Picano said.

The psychology data NASA is gathering from Earth-orbited stations will likely be applied to Deep Space Gateway, a future lunar space station with crews onboard for months at a time. NASA and other space agencies have partnered on the Gateway project. Plans are to ferry astronauts there in NASA’s Orion capsule, a new spacecraft that carries four astronauts. Launch of some of the modules could come as early as 2022. 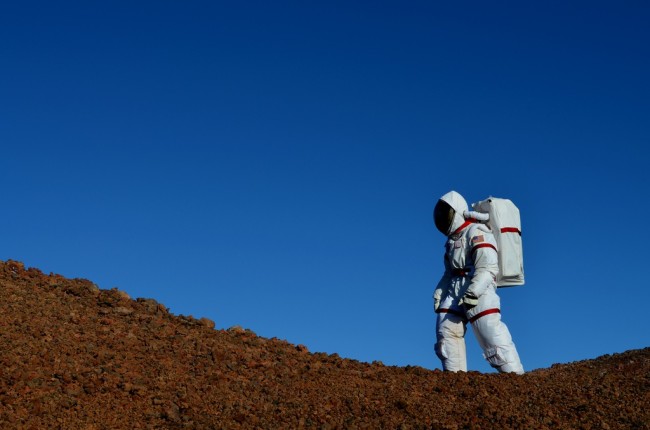 Yajaira Sierra-Sastre, a participant in the HI-SEAS Mars simulation experiment, walks across a volcanic ridge in Hawaii. (Credit: HI-SEAS/Sian Proctor)

A trip to Mars would be a very different experience for astronauts than the space station experience. It would last about three years, for starters, and Earth would disappear from view. “Seeing the Earth from space, the overview effect, is a source of comfort to astronauts, who have reported it gives them a feeling of protectiveness or sense of responsibility,” Picano says. What happens to an astronaut’s mind far from the comforting view our home world?

Russia was ahead of the U.S. in considering such psychological challenges for a Mars crew. From 2007 to 2011, Russia conducted three isolation studies in a simulated spacecraft in Moscow. In the longest study, lasting 520 days, four of the six members developed psychiatric problems, including sleep disorders and depression. Researchers decided that astronauts would need coping strategies to deal with the isolation as well as frustrations over the 40-minute communication delay with Earth.

In 2012, NASA began a partnership with HI-SEAS (Hawai’i Space Exploration Analog and Simulation) Recently, six people spent over a year in cramped quarters 8,000 feet above sea level on the Big Island of Hawaii. The purpose was to determine how isolation and confinement might affect a crew stationed at a Mars research outpost. The Hawaii team’s only communication with people outside the group was via a 40-minute-delayed email.

“We learned that you can’t prevent conflict in humans, but you can choose a crew that is resilient when things go wrong,” said Kimberly Binsted, HI-SEAS principal investigator.

Picano says it’s clear that Mars astronauts will still need the right stuff, but also “adaptability, environmental coping, mental endurance, being a good roommate and working as a team.”

Given the almost nonexistent psychological training of the early astronauts, I know my dad would be pleasantly surprised how far it has come. “The astronauts say getting to space was easy,” he once told me, “but understanding the experience was hard.”