Bush has left the building

Tuesday morning I woke up well before the sun did. Got on a train. Then stood in line for over three hours in below-freezing weather, shoulder to shoulder with millions of my fellow citizens. All to see this: 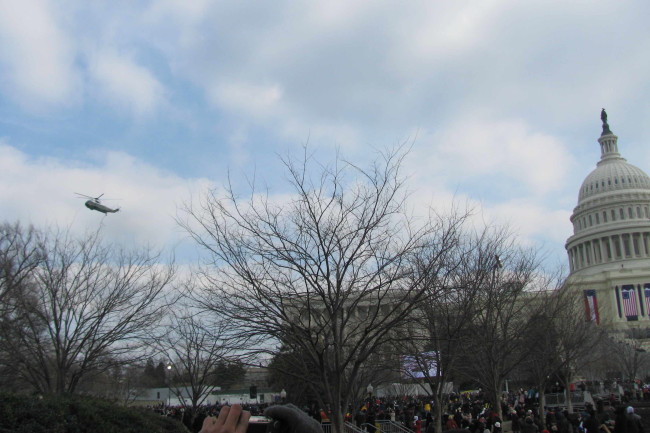 This is a photo of Bush leaving the building, a few minutes after Obama was sworn in. The transition is surprisingly emphatic. I managed to clamber on top of a raised platform meant for TV cameras, leaving me with an essentially direct and unobstructed view of Obama taking the oath of office. It is hard to describe the feeling of participating in such a historic moment. The general camaraderie and good feeling and excitement was like nothing I have ever experienced. After a long afternoon trying to restore feeling in my toes, I put on a tux (which is by no means a familiar sartorial choice), and joined in congratulating Obama in the somewhat more intimate confines of the Midwestern Inaugural Ball. 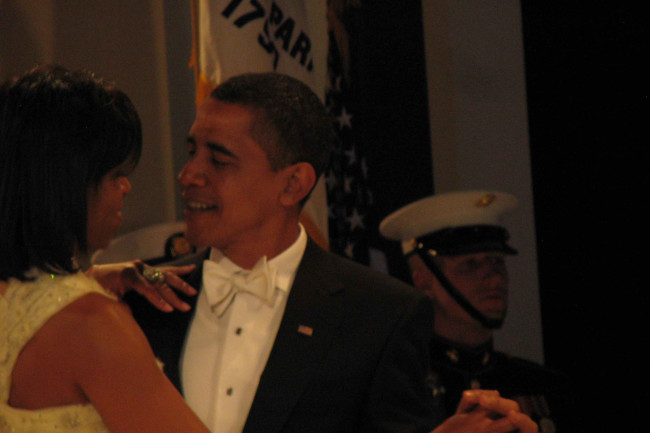 Doesn't he look happy and relaxed? It was an historic and magical day. But, as Obama tells us, now it is time to remake America. And it won't be easy.