Astrophotographer Caught a Meteor Striking the Moon During the Eclipse 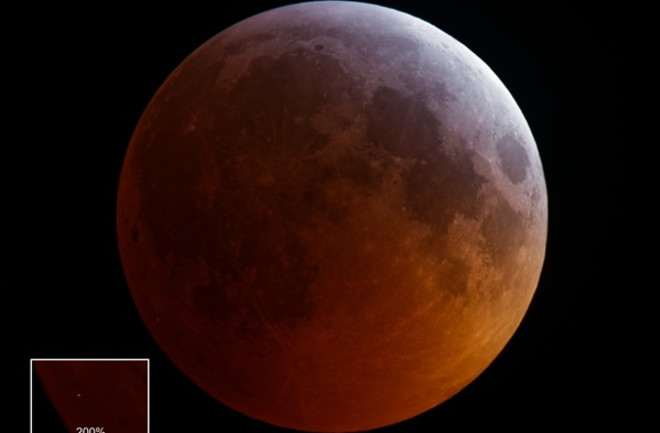 Sunday night’s total lunar eclipse treated Americans to a special show, as Earth’s shadow crossed the Full Moon’s face. And during the event, something unusual happened. Astroimager Jamie Cooper, from Dustin, England, caught an meteor impact on the moon. Such events were theory only two generations ago, but now are fact and somewhat commonplace to the discerning observer. Today a simple video camera can capture meteorites impacting the moon. Unlike meteorites hitting Earth, these objects are unimpeded because the moon has no atmosphere. The energy of meteor strikes produce explosions on atomic scales. And the brilliant white light flashes associated with the impacts can often be seen from Earth.

In fact, the impact that Cooper recorded could have been seen through binoculars or a telescope by an observer looking at the right moment. Because such events are fleeting, however, we often dismiss them as figments of our imaginations.

To see more impacts, go to https://imgur.com/gallery/R2voMXp or check out this YouTube clip of the impact, looped several times to highlight the event, captured during David Brewer’s lunar eclipse livestream from Colorado: