Astronomers Look Inside Meteorites and Find the Sugars Needed for Life

The discovery shows that the organic compounds needed for life can form in lifeless environments, like on asteroids and the early Earth. 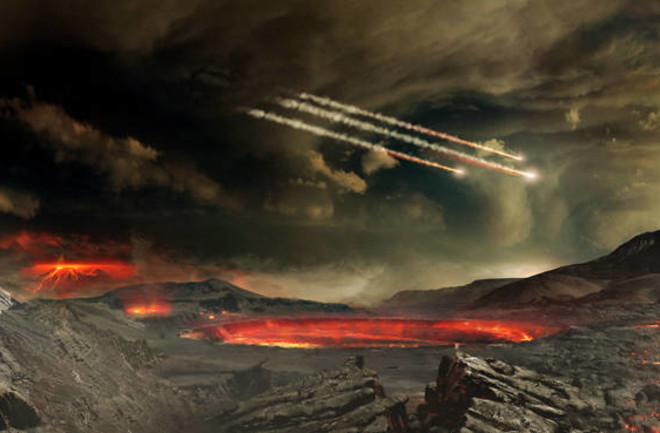 Scientists keep finding important molecules for life in meteorites. Now, they can add another one to the list: ribose. It's a type of sugar that plays a vital role in the genetic code of life.

A team of researchers led by Yoshihiro Furukawa of Tohoku University in Japan recently analyzed meteorite samples and found ribose and other “bioessential” sugars for the first time. The finding offers even more evidence that some of the chemistry necessary for life as we know it can happen naturally outside of Earth. The researchers recently published their results in the Proceedings of the National Academy of Sciences.

Scientists want to understand how life arose on Earth. To do that, they must first unravel how organic molecules form and interact in environments without living things. Geologic activity has erased records of much of the chemistry that happened pre-life on Earth. But meteorites — pieces of primitive solar system rocks that have fallen to Earth — preserve chemical records of what the solar system was like in our planet's early days.

“We rely on meteorites to tell this story,” said Daniel Glavin, an astrobiologist at NASA’s Goddard Space Flight Center and an author of the new study. “They’re basically frozen time capsules.”

Scientists studying meteorites have already found molecules like amino acids and nucleobases, which are necessary for life. But they'd never seen ribose. This sugar makes up the “backbone” of RNA, a type of molecule responsible for carrying genetic messages in our cells. Furukawa’s team employed careful techniques to ensure they wouldn’t destroy the sugars in their attempts to find them, and were able to uncover ribose and other sugars.

Scientists found some of the same sugars needed to make RNA in this Murchison meteorite. (Credit: Yoshihiro Furukawa)

Simply finding these molecules needed for life doesn’t necessarily mean that space rocks were responsible for bringing them to Earth. But it at least shows that there are natural, geologic ways for these organic molecules to form in lifeless environments like on asteroids and the early Earth.

Figuring out how these molecules could have come together to form the more complex structures necessary for life — like DNA and RNA — is a lingering challenge. But Glavin said finding these essential molecules in meteorites makes him think that finding life outside of Earth might be just a little more likely.

“Every time we find a new building block in a meteorite, it gives me new hope,” said Glavin.