Astronomers Just Mapped a Pulsar's Surface for the First Time

NASA’s NICER instrument reveals that neutron stars are not as simple as we thought. 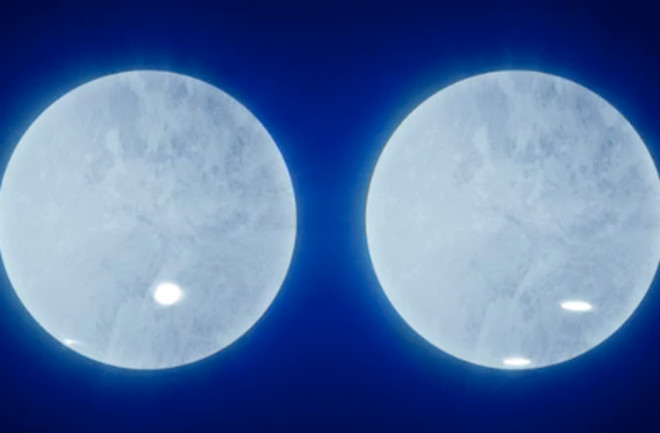 Pulsars are the lighthouses of the universe. These tiny, compact objects are neutron stars — the remnants of once-massive stars — that spin rapidly, beaming radiation into space. Now, for the first time, astronomers have mapped the surface of a 16-mile-wide pulsar in exquisite detail. The result challenges astronomers’ textbook picture of a pulsar’s appearance and opens the door to learning more about these extreme objects.

From its perch on the exterior of the International Space Station, the Neutron star Interior Composition Explorer, or NICER, looks for X-rays from extreme astronomical objects, such as pulsars. In a series of papers published in The Astrophysical Journal Letters, researchers used NICER to observe the pulsar J0030+0451, or J0030 for short, which lies 1,100 light-years away in the constellation Pisces. Two teams — one led by researchers at the University of Amsterdam and the other led by the University of Maryland — watched the X-ray light from J0030 over time to map the pulsar’s surface and measure its mass. Both teams arrived at a picture that is not what they expected.

Pulsars, like black holes, are extremely dense but extremely small objects. Their immense gravity bends space-time around them, giving us a glimpse at the far side of the pulsar, even as they rotate out of view. The effect also makes the pulsar appear slightly larger than its actual size. Because NICER can clock the arrival of X-rays from the pulsar with extreme precision (better than 100 nanoseconds ), the researchers were able to build a map of the star’s surface and measure its size with unprecedented accuracy.

Those stats aren’t surprising. But next, the astronomers looked to map the location of hotspots on J0030’s surface. The simple, textbook image used to describe pulsars shows these objects with two hotspots, one at each of their magnetic poles. As the star spins, the hotspots shoot radiation out into space in thin beams, like a lighthouse. If one or both beams happen to pass over Earth, astronomers observe a pulsar.

J0030’s is oriented with its northern hemisphere pointed toward Earth. So, the teams expected to see a hotspot near the north pole. Mapping the hotspots required supercomputer modeling to disentangle where the X-rays NICER received from the pulsar originated on the star’s surface. The task would have taken normal desktop computers about a decade to complete, but the supercomputers finished in less than a month.

What the teams found presented a different picture: J0030 has two or three hotspots, all in the southern hemisphere. The University of Amsterdam team believes the pulsar has one small, circular spot and one thin, crescent-shaped spot spinning around its lower latitudes. The University of Maryland team found the X-rays could alternatively be coming from two oval spots in the southern hemisphere, as well as one cooler spot close to the star’s south pole.

Neither result is the simple picture astronomers expected, indicating that the pulsar’s magnetic field, which causes the hotspots, is likely even more complex than originally assumed. While the result certainly leaves astronomers wondering, “It tells us NICER is on the right path to help us answer an enduring question in astrophysics: What form does matter take in the ultra-dense cores of neutron stars?” NICER science lead and study co-author Zaven Arzoumanian said in a press release.

With this accomplishment, astronomers will now look to duplicate it using more pulsars, building up a better understanding of what these strange stars look like and how they work.