Are Humans or Robots Better Fit for Exploring Space? 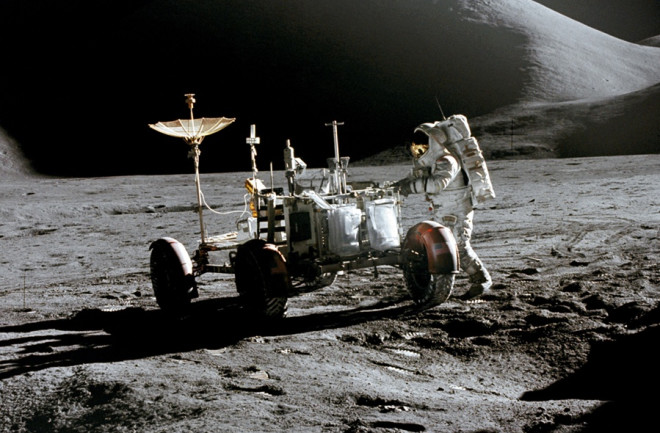 Decades before anyone had built a rocket, earthlings had already argued in science fiction about who is more suited for space travel: humans or machines. Today, the debate drags on as private players like SpaceX and government agencies like NASA vie to send people to the moon, Mars and beyond. But such missions are costly, and human bodies remain sensitive to space’s harsh conditions. Maybe robots would simply prove better, cheaper, faster. In Science Smackdown, we let experts argue the evidence.

The Claim: The Human Touch

When Tony Antonelli was an Apollo-era kid, he wanted to be an astronaut. But not to be the first person on Mars: That person would surely land long before Antonelli grew up.

Antonelli did become an astronaut, but he overestimated how fast humans would explore space. He retired from the corps, and NASA still hasn’t put anyone on Mars. Nevertheless, he wants to keep people in the launch recipe. “Robots don’t explore,” he says, “humans explore.”

People react in real time, whereas robots require instructions, he says, which results in solid but slow progress. The martian rovers, for instance, have crawled 45 miles in 26 years, never deviating from NASA’s instructions. In contrast, Antonelli recalls Apollo 15’s “seatbelt rock.” Astronauts saw something interesting, asked to check it out, and were told no. They then pretended a seatbelt had unbuckled, stopped the rover, and grabbed the rock anyway. Robots? Not so sly.

As a technologist at Lockheed Martin, Antonelli now guides NASA’s next crewed mission, which may launch within five years. He argues keeping humans involved — through discomfort, expense and even danger — makes space travel more meaningful and productive.

The new space race is like the tortoise and the hare, contends Howard McCurdy. “The rabbit decides to take a nap, and the turtle just keeps coming,” says the American University public policy professor and co-author of Robots in Space.

At the start of the space race, humans were more capable than robots. They could think, survive and see better. Then those humans developed technology that slowly but steadily upped the robot game, making uncrewed missions more attractive. For instance, compared with the Spirit and Opportunity rovers, which landed in 2004, the Curiosity rover, which touched down just eight years later, is more than three times larger and 10 percent faster, gets three times as much power from the sun, and has twice as many science instruments. And that’s not to mention its advances in computing power and artificial intelligence.

Astronauts have to breathe, eat, drink and keep their demons at bay. Robots fly free of such constraints. They can do more, go more places and — because they don’t require life support systems and are thus cheaper than human missions — do it all more often. But they still require human direction, don’t have their own curiosity or interpretive skills, and they move slower than a crawl.

Ultimately, McCurdy envisions a “trans-human” program: Spacefaring humans would “siliconify,” uploading their brains into a machine mind. “You’ve got a total machine that works, thinks and acts like a human being,” says McCurdy. Perhaps it will take the best of both worlds to explore other ones.

[This story originally appeared in print as "Are Human Astronauts Worth it?"]