Apollo 10, the Mission That Got So Close to Landing on the Moon

Tom Stafford, Gene Cernan, and John Young went through a full lunar landing mission ... with the notable exception of actually landing on the surface. 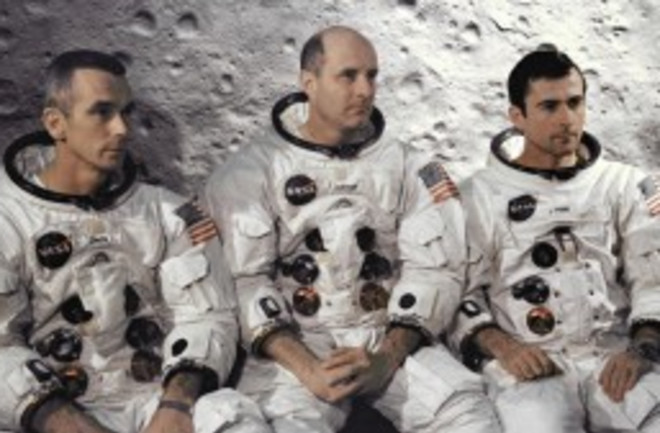 Apollo 10 doesn’t get much attention. On the rare occasion people talk about the mission right before the first lunar landing, it’s lumped into the “pre-Apollo 11” category and dismissed as one of the stepping stones on the bridge to the Moon. But it was far more interesting than just a mission that preceded Apollo 11.

My latest appearance on CBC Radio’s Quirks & Quarks was all about Apollo 10, but first, a little background on the mission.

In October of 1968, Apollo 7 flew the command-service module (CSM) in Earth orbit. In December of that year, Apollo 8 took the same spacecraft (well, not literally the same flight article) into orbit around the moon. Apollo 9 took the first full Apollo stack for a test drive — it tested the CSM and the lunar module (LM) in the relative safety of Earth orbit, going through a full simulated lunar landing mission to make sure the hardware was up to the task.

All that was left was to take it all to the moon and land, right? Not quite. There were still a lot of unknowns, namely how the two spacecraft would behave in lunar orbit because low Earth is a very different environment than the space around the Moon. For one thing, the Moon isn’t uniformly dense. Its mass is more concentrated in some areas than others meaning its gravitational pull is uneven. NASA had to be sure that the programming engineers had devised would work in this variable gravitational environment.

Another question was working outside the van Allen belts. Apollo 9’s peak altitude of a little over 300 miles still protected the crew from solar events like solar flares. And while Apollo 8 did leave the Earth’s protective cocoon, it hadn’t tested communications between two spacecraft. There was some concern a solar flare could cut off communications between the crew when the CSM and LM were flying separately.

There were still some questions about the surface, too; NASA didn’t have close up images of Apollo 11’s proposed landing site. There was no better way to test the spacecraft’s programming, observe the planned landing sites, and generally test the whole lunar landing package than with a dress rehearsal.

That was the plan for Apollo 10. Tom Stafford, Gene Cernan, and John Young ran a fun simulated lunar landing at the Moon, orbiting just nine miles (or 14 kilometres) from the Moon's surface. They went through a full lunar landing mission with the notable exception of actually landing on the surface. Nevertheless, it was a fascinating mission with some very interesting moments. You can listen to my full conversation with Bob McDonald here.