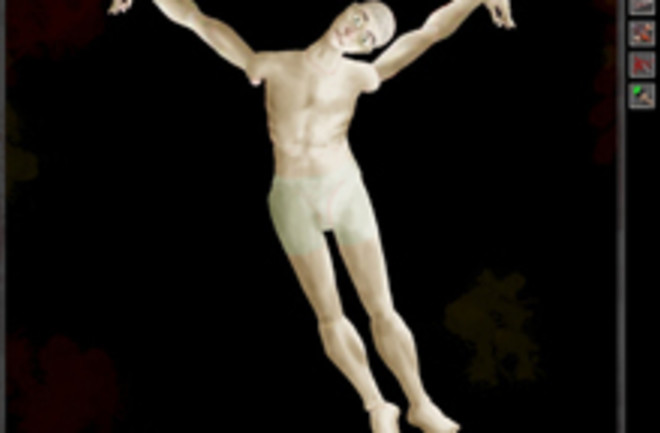 MSNBC has a review of "The Torture Game 2," a game that is pretty much exactly what it sounds like. Created by Carl Havemann, a 19-year-old in Johannesburg (who also graced us with "The Torture Game 1"), the game revolves around a limp, expressionless avatar strung up by his arms in a dark room. "Playing" consists of nothing more than torturing him with an array of repulsive paraphernalia including razor blades, ropes, spikes, guns, and, for the pièce de résistance, a chainsaw. It's fair to defend games like this by arguing—as many have—that they're nothing more than escapist entertainment, and don't translate into harm in the physical world (particularly a game like this that offers none of the realism of, say, Grand Theft Auto IV). And there's evidence to support this point: To date, no definitive link has been drawn between playing violent video games and real-life acts of violence—in fact, some researchers have argued that violent games can even have developmental benefits for kids. But context can't be ignored, and we're currently dealing with a political atmosphere in which torture is a regular front pageissue and practically an official tactic—not to mention a war that's resulted in a massive number of grisly casualties on both sides. The gaming portals that host the game have a right to keep it live—but maybe we consumers should seriously consider whether or not to support it with our clicks. On that note, if you're curious—and there's little doubt you are—you can play the game here. Image: Flickr/Tigsource