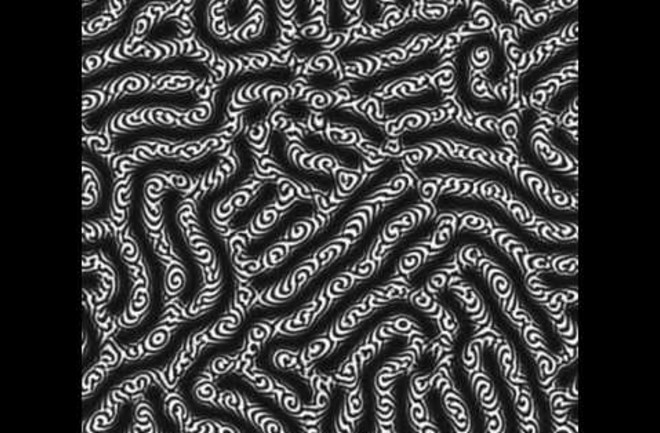 An example of a Turing structure. (Credit: L. Yang and I.R. Epstein/Youtube) Water, it’s safe to say, is pretty important. A key necessity for life to flourish, the substance is also chemically important, the “universal solvent” that enables many familiar reactions. Also, we need to drink it or we die. It’s becoming an increasing concern. South Africa’s Cape Town barely managed to push back its “Day Zero,” when taps would literally run dry, into 2019. The American Southwest faces a similarly dry future. And yet, Earth is pretty wet — 71 percent of the surface is water covered. But as Samuel Taylor Coleridge reminds us, “Water, water, everywhere, nor any drop to drink.” Most of that water is salty, and our human digestive systems just can’t stomach it. So unless evolution kicks into gear ridiculously quickly, our best bet is simply to get better at taking the salt out of salt water, a process known as desalination. And, thanks to a novel production technique first theorized decades ago, a team of Chinese researchers may have gotten us one step closer to that thirst-quenching goal.

In 1952, computer science pioneer Alan Turing published his only chemistry paper, “The Chemical Basis of Morphogenesis”. Basically he was suggesting a way to explain the formation of patterns such as spots and stripes in nature, and it turned out to suggest a way for scientists to do this on purpose. How fitting that Turing basically worked out a way to engineer natural reactions to create a desired output. It works like this: If you have chemicals that both activate and inhibit a reaction — basically, something that stops whatever’s happening, and something else that spurs it on — those stops and starts will result in Turing’s halting natural patterns: spots, stripes, even spirals.

The Chinese researchers created one of these “Turing structures” with patterns at the molecular level, resulting in a membrane that effectively filters the salt out of salt water. Made out of polysulfone, a type of polymer, the team’s membrane was better at separating the water and salt than traditional nanofiltration membranes. And, even better, it didn’t seem to have the characteristic tradeoff that traditional filters had, where you either got more water flow or good water-salt separation. The new substance was great at both. Findings appear today in the journal Science. So not only do we have a cool new way to put one of Turing’s final ideas to use — allowing scientists better control when constructing and manipulating materials — but they actually made a useful material while they were at it. We’re not at the point where the membrane can actually slake anybody’s thirst yet, of course, but anything that puts us on the road to more potable water is a positive step.