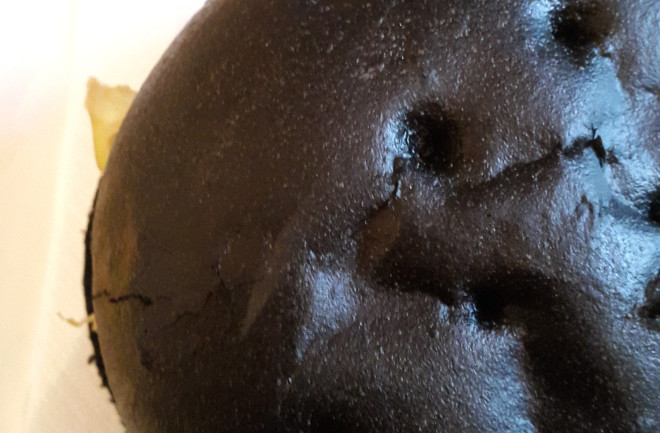 Charcoal might seem like a strange thing to put in your food. But it’s there – from the little black specks in your water filter to trendy charcoal lemonades and juices. In fact, activated charcoal is even making its way in food as coloring for black burger buns, macarons, and ice cream. Since activated charcoal is tasteless, it doesn’t actually add any special flavors. Rather, the prevalence of activated charcoal in your food and drink is based on its rumored detoxifying properties in the ever-popular culture of health fads and diets. But can it actually to remove “toxins” and purify your body? Can an inky charcoal drink cure your hangovers or junk-food binges? With all the talk surrounding this recent health craze, let’s talk science!

What is activated charcoal?

A dark field micrograph of activated charcoal. Notice that each of the tiny pores has an enormous surface area!(Image Credit: Zephyris/Wikimedia Commons)

A dark field micrograph of activated charcoal. Notice that each of the tiny pores has an enormous surface area! (Image Credit: Zephyris/Wikimedia Commons)

You can imagine activated charcoal as a sponge with its many tiny pores. In fact, it is these little pores that endow the activated charcoal with its powerful adsorption properties. Adsorption is when atoms or molecules from a gas, liquid, or dissolved solid bind onto a surface. Note that adsorption should not be confused with absorption, which is when a liquid or gas completely passes into or through another medium.

Various molecules and compounds can bind to the surfaces of the minuscule pores in the activated carbon through weak intermolecular forces. While inactive charcoal does have adsorptive abilities, the larger surface area and the higher volume of micropores of activated charcoal make it more powerful for adsorption because there is maximized exposure of active sites for the binding of molecules [2]. Thus, granules of activated charcoal are often used in water filtration devices, such as the water filter in your Brita, to remove contaminants, dyes, or odors from drinking water [4]. Activated charcoal is also used in air purifiers, such as gas/respirator masks, to remove oil vapors and volatile chemicals in the breathing air. There are also biological applications, such as protecting plant seedlings from herbicide damage, and if administered quickly enough, adsorbing drugs and poisons. For example, activated charcoal can be used in the medical setting for patients of drug overdoses, fungal toxins from poisonous mushrooms, and even snake venom poisoning [3]. In fact, one study showed that activated charcoal reduced drug absorption by 56% in an acetaminophen overdose [5]. Even so, charcoal should be ingested carefully, since it can also adsorb the prescription medications, antibiotics, and vitamins you may actually need.

Activated Charcoal as a Detox Method?

Despite its use as a casual food supplement, there is actually no scientific evidence that activated charcoal can enhance the purported detoxifying properties of a green juice. Does eating and drinking charcoal for weight loss, anti-aging effects, or lowering cholesterol? Unlikely. Activated charcoal is not absorbed into the blood stream, so it can only bind to molecules directly within the gastrointestinal tract [1]. Even then, it is only significantly effective at adsorbing toxins within one hour after they are ingested [6], so there is a small window for activated charcoal to make a difference. Unless you’re drinking charcoal juice immediately after you’ve ingested some poison, drinking charcoal juice may not ￹actually improve your health. Still, while bottles of charcoal juices seem harmless enough, remember that activated charcoal can actually bind to vitamins and minerals too [3, 9], so it might make the nutrient-rich veggie-packed juices a bit less effective than intended.

How about reducing alcohol poisoning, or curing a hangover? Activated charcoal is an ineffective method to combat the harmful effects of alcohol because the chemical structure of alcohols and ethanol doesn’t allow them to bind to charcoal very strongly [1]. Various studies have confirmed that activated charcoal doesn’t make a significant difference in the decrease of blood alcohol concentration levels over time [1,7, 8]. As chemical engineer David Cooney explains, “Ethanol is a simple molecule (CH3CH2OH), which is totally water-soluble in all proportions, and which has no molecular moieties such as aromatic rings which would make it attract to carbon surfaces. Thus, there is little reason to expect that oral charcoal would be of any significant benefit in ethanol overdoses. Additionally, ethanol is absorbed from the gut rapidly, so that by the time charcoal would usually be administered in a hospital setting, there would be very little ethanol left in the gut” (p. 235) [1].

Activated charcoal can do many amazing things: purify water, provide clean air, reduce the harm of drug overdoses, and even decaffeinate coffee [10], but it isn’t a magical elixir to make you a healthier person. Enjoy the fun of black charcoal ice cream while it’s trendy, but laughing with your friends about who has the darkest-colored tongue may be the best thing you get from it for now.