A Skype Session From Mars

NASA's Deep Space Network will need an upgrade before colonists on the Red Planet can use it to phone home. 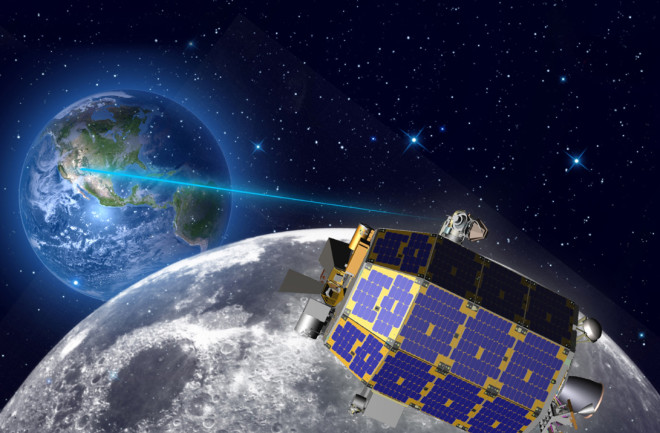 The Curiosity rover’s selfies have gained a lot of fans on Earth, but their arrival depends entirely on the Deep Space Network (DSN), an overlooked and overworked collection of 50-year-old radio antennas installed in remote locations across the world.

Just as FM stations embed songs in radio waves that your car stereo translates into Celine Dion’s power ballads, space missions embed data (though typically not voice transmissions) that the DSN antennas convert into images and other spacecraft info. The network’s 15 dishes track, send commands to and download data from more than 30 missions.

A 70-meter dish at the Gladstone complex listens to the heavens. (Credit: NASA)

DSN dishes are incredibly sensitive — able to detect, for instance, the weak signals from Voyager at the edge of the solar system. “When the signal arrives, it’s far less than even a billionth of a billionth of a watt,” says the DSN’s project manager, Alaudin Bhanji of the Jet Propulsion Laboratory in Pasadena, Calif. “And that’s 20 billion times lower than the power required for a digital wristwatch.”

The trouble is the data transfer rates are slow in radio communication. Downloading a 1.5-gigabyte video from Curiosity via radio DSN can take up to six hours. Imagine the frustration of trying to Skype with future colonists on Mars at this rate.

That’s where a new technology — optical communication, embedding data in laser beams rather than radio waves — comes in. As a test of this tech, NASA’s latest moon explorer, LADEE, was equipped with a “lunar laser” system that can communicate nearly 20,000 times faster than Curiosity’s DSN-based transmitter. With this successful proof of concept, the agency plans to launch another fast-talking system in 2017 to figure out the limits and logistics of lasers in a low-stakes environment.

NASA intends for such high-speed systems to be standard issue on spacecraft starting in 2025, provided the federal wallet can support their data-hungry habits; they’d be able to download that 1.5-GB video two to 10 times faster.

By the time spacecraft have laser beacons, the DSN will need a complementary arsenal of laser-detecting telescopes. But the existing fleet of radio dishes — their slow-and-steady relatives — will keep chugging along at least as long as today’s probes and rovers continue to function. After all, 37-year-old Voyager is a bit too far to retrofit with optical communications.

Just as the DSN streamed footage of the first footsteps on the moon 45 years ago, Bhanji imagines the lasered-up network will do the same when we clear our next manned space hurdle. “We might be recalling those amazing days when antennas streamed high-resolution videos of the first human steps on the surface of Mars,” he says. “No one knows when that will happen, but I can assure you when it happens, the DSN will be there.”