A Giant Mine's Glorious Second Life as a Physics lab

A mine in South Dakota contained the largest gold deposit in the Western Hemisphere and was the deepest mine in the United States, reaching down more than 8,000 feet. But the real ground-breaking work involved much smaller treasures. 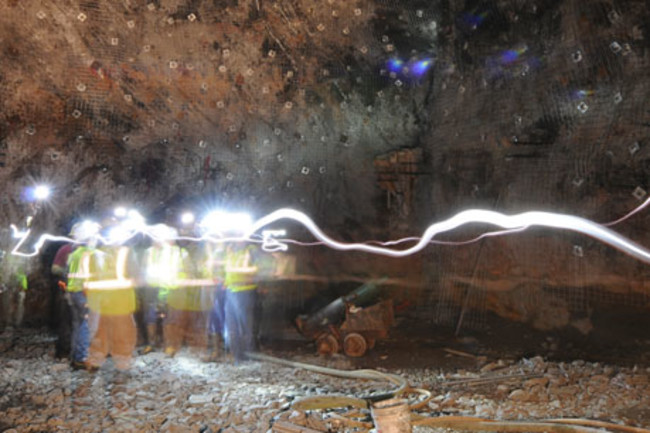 The Moment Scientists and engineers inspect a cavern nearly a mile beneath the surface at the Sanford Underground Laboratory at Homestake in Lead, South Dakota. After the mine’s closure was announced in 2000, researchers successfully petitioned to turn it into a lab. The site has contributed to science before: From 1965 until the late 1990s, this cavern housed a Nobel Prize–winning neutrino experiment. The lab recently expanded the space, removing 17,000 tons of rock to prepare for the installation of the Large Underground Xenon Detector, which will search for dark matter particles.

The Shot Photographer Steve Babbitt fought condensation and temperature changes to capture this 30-second exposure lit by a combination of flash and headlamps.