An analysis of the ship’s contents revealed a network of trade that traced from the remote mines of Central Asia to the marketplaces of the Mediterranean. 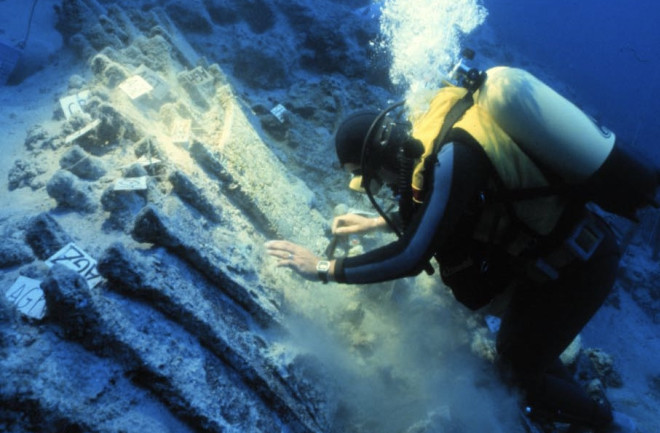 By around 3,500 years ago, bronze had become the “it” metal in Eurasia, being employed in everything from weapons to tools to trinkets and trash. But while one of the metal’s two main ingredients, copper, was widespread, the other, tin, was not.

The rarity of this ingredient made its loss, in all likelihood, nothing short of a tragedy. So, when an ancient ship carrying a substantial stock of tin smashed into the shores of Uluburun in modern-day Turkey approximately 3,000 years ago, the incident was undoubtedly seen as a disaster.

Today, the concern of scientists is not the loss of this tin (which would’ve armed as many as 5,000 ancient soldiers with swords), so much as its source. In fact, since the ship sank, dragging an abundance of metal down with it, the origins of the material have remained the ultimate archaeological riddle.

Now, a study in Science Advances has solved this mystery, stating that much of the tin on the ship came from a remote mine in Central Asia. This origin, the study authors say, reveals a complex system of trading routes that moved tons and tons of material thousands of miles to the Mediterranean's multicultural marketplaces.

Since the discovery of the wreck about 40 years ago, specialists have investigated the Uluburun ship and its contents to illuminate the maritime and terrestrial trading practices of the Late Bronze Age. Because the vessel contains the biggest collection of raw Bronze Age metal on record (an amount capable of producing over 12 tons of premium bronze), they tend to agree that the ship provides one of the best peeks into the production and transportation of the ancients’ preferred material.

Finally, following years of investigation, innovations in geochemical analysis have helped researchers ascertain that much of the tin on the ship (approximately one-third) came from an ancient mine in modern Uzbekistan, several thousand miles away from the location that the ship sank. This revelation, the researchers say, suggests that intricate networks of trade traced across Central Asia and the Mediterranean already in the Late Bronze Age.

“Miners had access to vast international networks and — through overland trade and other forms of connectivity — were able to pass this all-important commodity all the way to the Mediterranean,” says Michael Frachetti, a study author and an archaeologist at Washington University, according to a press release. “It’s quite amazing to learn that a culturally diverse, multiregional and multivector system of trade underpinned Eurasian tin exchange.”

Specialists were stumped when the Uluburun wreck was identified in the 1980s. They simply had no idea how to isolate the source of the metals aboard the ship. That said, in the 1990s, the concept of implementing tin isotopes to work out where the tin in ancient artifacts came from arose for the first time. While the required methods of analysis remained too inconsistent to offer conclusive results for a while, advances in recent years have allowed scientists to start tracing tin artifacts to specific mining sites using their unique chemical makeups.

“Over the past couple of decades, scientists have collected information about the isotopic composition of tin ore deposits around the world,” says Wayne Powell, another study author and a professor of earth and environmental sciences at Brooklyn College, according to a press release. “We remain in the early stages of such study. I expect that in future years, this ore deposit database will become quite robust, […] and the method will be used routinely.”

Comparing the isotopic composition of the tin on the Uluburun ship with those of the tin in deposits around the world indicated that approximately one-third of the metal came from Uzbekistan's Mušiston mine. The fact that this mine sat far away from other trading centers and cities and was surrounded by rough, rocky terrain would've made its metals tricky to transport. This cinches the concept that the Uluburun tin only sunk along the shores of Turkey thanks to surprisingly advanced chains of supply for the time.

After mining, the researchers say that the miners melted the tin into distinctive shapes, or ingots. The distinctions between these ingots told ancient shippers where the material was sourced, though the specific meaning of the "oxhide" shape represented on the Uluburun ship is disputed. Once transformed into ingots, the researchers say that the metal was moved 2,000 miles to Haifa, an ancient port in modern Israel, where it was stuffed onto the ship along with the remaining two-thirds of the tin, sourced from the Kestel mine in Turkey.

The mining operations of Central Asia stood out, not only for their interconnectivity, but also for their independence. According to the researchers, the Uzbekistan mine was controlled by nearby villagers and nomads outside of the influence of overbearing political organization. This was very different from most other mines in the world, including Kestel, which was overseen by the Hittites.

Ultimately, the researchers add that their method of analysis could apply to other archaeological artifacts in the future to show the complexity of antiquity, as well as waxing and waning of ancient trade.

“Kingdoms rose and fell, climatic conditions shifted and new peoples migrated across Eurasia, potentially disrupting or redistributing access to tin, which was essential for both weapons and agricultural tools,” Powell concludes in a press release. “Using tin isotopes, we can look across each of these archaeologically evident disruptions in society and see connections were severed, maintained or redefined.”