To celebrate Indigenous Peoples' Day, we recognize these Indigenous innovators who led inspiring lives, from the NASA astronaut to the accomplished archaeologist. 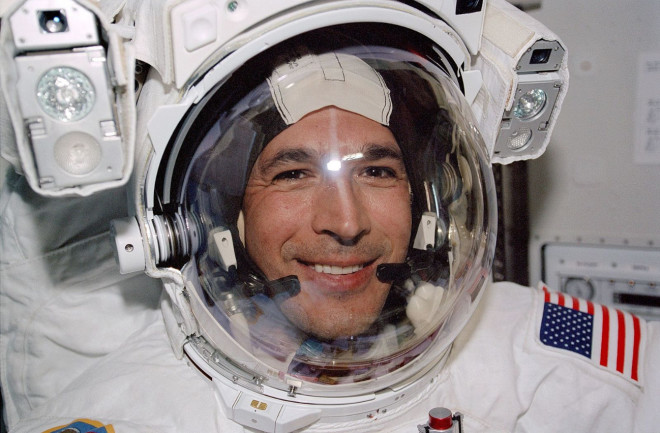 Former NASA astronaut John Herrington, of Chickasaw heritage, smiles in the Quest Airlock on the International Space Station in 2002. (Credit: NASA on The Commons/Wikimedia Commons)

This article was originally published on November 16, 2021.

October celebrates Indigenous Peoples' Day and November is Native American Heritage Month, also commonly referred to as American Indian and Alaska Native Heritage Month. It's a time to celebrate the many traditions and histories of Native people, and we're taking the opportunity to highlight the important contributions that they have made to science. In many instances, these Indigenous innovators — including physicians, engineers, anthropologists, archaeologists and astronauts — overcame challenges unique to all tribal citizens, both historic and current.

Born in 1865 on the Omaha reservation in northeastern Nebraska, Susan La Flesche Picotte is the first Native American woman to receive a medical degree. According to Picotte, she became inspired to enter the medical field as a child, after watching an Indigenous woman die because the local white doctor refused to treat her illness. After completing only two years of a three-year program at the Woman’s Medical College of Pennsylvania (the first medical school in the country established for women), she graduated valedictorian at the age of 24. After some time she returned home, where she provided health care to some 1,200 Omaha people over more than 400 square miles. Prior to her death in 1915, Picotte had served both white and Indigenous people at her own private practice in nearby Bancroft and opened the first non-government funded reservation hospital in Walthill, Nebraska.

Anthropologist Ella Cara Deloria, also known as Anpetu Wastéwin (“Beautiful Day Woman” in Lakota), was born in 1889 on the Yankton Sioux Reservation and raised on the Pine Ridge Reservation in South Dakota. While attending Columbia University’s Teachers College, she became close with “father of American anthropology” Frank Boaz and helped him to research and translate Native American languages for the next 15 years. Her own body of scholarly work — including interviews with tribal elders, Dakota grammar books, translated ceremonial texts and a partially finished Lakota dictionary — became an important foundation for the study of Sioux dialects and culture. She also wrote the novel Waterlily, published posthumously in 1988, about the daily life of a Teton Sioux woman in an attempt to introduce Native American culture to the non-Native public.

Fred Begay, also known as Clever Fox, is the first Navajo to earn a Ph.D. in physics. He was born on the Ute Mountain Indian Reservation in Colorado in 1932 and learned traditional Navajo ceremonies from his parents, who were healers and spiritual leaders. After being forced to learn English and farming at a government-run boarding school, Begay later took classes at the University of New Mexico during the day (eventually pursuing his undergraduate, graduate and doctoral degrees there) and at a local high school in the evenings to catch up. He joined the Los Alamos National Laboratory in New Mexico in 1972, researching controlled thermonuclear fusion as a potential clean and unlimited energy source. Until his death in 2013, Begay maintained that the Navajo culture helped prepare him to think more abstractly in science.

Bertha “Birdie” Parker Pallan Cody is considered the first Native American woman archaeologist and ethnologist in the United States. Born in 1907 to a Seneca father and Abenaki mother, she worked in show business in Los Angeles until her uncle by marriage — archaeologist Mark Raymond Harrington — hired her as an “expedition secretary.” During her time as his assistant, and later as an established archaeologist, Cody was involved in many significant discoveries; in 1930, for example, she found a Pleistocene sloth skull next to human artifacts in Nevada’s Gypsum Cave site. Cody also conducted ethnological research of California’s Native American tribes and published her findings from the 1930s through the '60s.

Born in 1908, Mary G. Ross is considered the first Native American aerospace engineer and one of NASA's "hidden figures," individuals whose contributions to America's space age remained largely unknown for years. After receiving her early education in the Cherokee Nation capital, she earned an undergraduate and graduate degree in mathematics — eventually working as the first female engineer in the top-secret Lockheed Skunk Works program in 1952. Her work there was crucial to the Agena rocket project and an important step in the Apollo program, among others. Ross also authored and helped to author several prominent works, including the NASA Planetary Flight Handbook Vol. III about space travel to Mars and Venus.

Born in 1958 and raised on the Navajo Reservation in Crownpoint, New Mexico, Lori Alvord is the first Navajo woman to become a board-certified surgeon. Even after she had developed her technical skills at Stanford University, Alvord returned to the reservation to learn how to heal the human spirit in addition to its physical body. Her 1999 memoir, The Scalpel and the Silver Bear, discusses this desire to combine Navajo healing philosophies with western medicine. In 2013, she was a nominee to become the U.S. surgeon general and she has practiced at Astria Sunnyside Hospital in Toppenish, Washington, since 2017.

John Herrington became the first Native American to walk in space when he traveled to the International Space Station for 13 days in 2002. Born into the Chickasaw Nation in Wetumka, Oklahoma in 1958, Herrington brought the Chickasaw flag and a traditional flute with him to space. In 2004, he served as the commander of the NEEMO 6 mission, which was a field test for extreme space environments and required him and his crew to live and work underwater for 10 days. Since retiring from NASA, Herrington has spent time as a motivational speaker, encouraging students to continue their academic ventures.

Aaron Yazzie was born on the Navajo Reservation in Tuba City, Arizona in 1986. He is currently a mechanical engineer at the NASA Jet Propulsion Laboratory in Pasadena, California, where he designs mechanical systems for robotic space research missions. He has worked extensively on flight hardware for missions to Mars, including the Curiosity Rover and the Perseverance Rover. In 2017, Yazzie was honored by the Navajo Nation Tribal Council for “contributions to service and inspiration to Diné [Navajo] youth and citizens,” and he received the NASA JPL Bruce Murray Award in 2019 for “promoting inclusion and excitement in science and education especially among Indigenous Communities.”