These globetrotters pushed the boundaries of human knowledge and achievement. 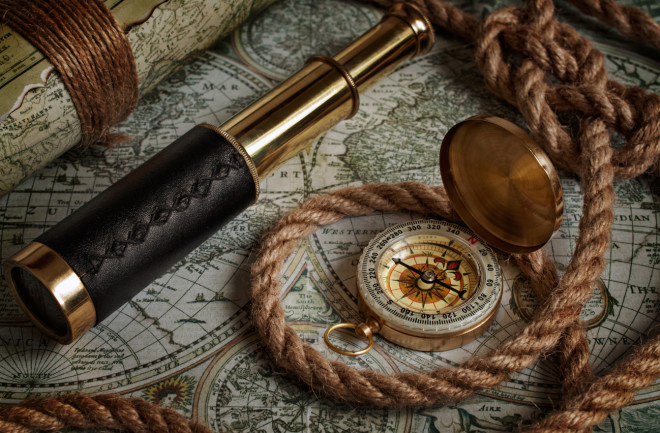 Throughout history, humans have sought out knowledge of the world and its inner workings. Some among us are filled with a desire to explore distant cultures, while others prefer to trek untrodden paths and conquer the elements. In different periods, these great explorers took to land, sea, air and even space in their pursuit to expand our horizons. Learn more about their tribulations and triumphs below.

In 1325, at the age of only 21, Ibn Battuta set out on the hajj, a pilgrimage made by Muslims, from his homeland of Morocco to Mecca. Thus began a 75,000-mile journey that would take him across the Islamic world and beyond, over a span of two decades. Battuta travelled through Syria, onward to Turkey, down the eastern coast of Africa to India, and eventually reached Indonesia and China.

Once his travels were over, he dictated from memory accounts of his adventures in a travel book called a rihla. This described the many places, peoples and cultures he encountered. There is debate as to whether Battuta actually visited every place he claimed, but his journey and travelogue nevertheless exist as an important source of information on the world of the 14th century.

Although the name of Christopher Columbus is perhaps more widely known, Amerigo Vespucci is the explorer who lent his name to the Americas. The Italian merchant sailed to South America some seven years after Columbus and is credited with recognizing that the land mass was in fact a new continent — not part of the “Indies.”

Born in Florence in 1454, Vespucci was an enterprising businessman but also held a passion for maps. His continental discovery began to shape world maps shortly after: The German cartographer Martin Waldseemüller is credited with the design of the first map noting America in 1507, named after Amerigo Vespucci, a man of “perceptive character.”

In 1768, after serving in the British Navy for several years, James Cook took command of a scientific expedition at the age of 40. Heading up the Endeavour, Cook, whose family hailed from Scotland, sought to reach the hypothetical land of Terra Australis. Setting off from Tahiti, his crew first sighted and charted New Zealand. When they continued eastward, they arrived on the coast of Australia.

Scientists on board the Endeavour gathered hundreds of plant and animal species previously unknown in Europe, gaining fame for their discoveries. Subsequent explorations included a second circumnavigation of the globe and the discovery of the islands of New Caledonia and South Georgia. During his final voyage in 1776, Cook died fighting islanders on a Hawaiian beach.

Renowned for his success, Cook’s expeditions set a trend for scientists traveling on board naval ships. He also earned acclaim for losing no men to scurvy, a common problem for maritime explorers at the time.

Born Friedrich Wilhelm Heinrich Alexander von Humboldt, this German naturalist and geographer came equipped with multiple talents as well as an extensive name. After spending his early adulthood working in the mining industry and nursing an avid interest in plant collecting, von Humboldt embarked for South America in 1799. He partnered with Aimé Bonpland, a French botanist, and travelled more than 6,000 miles over the course of five years — exploring vast tracts of rainforest and climbing numerous mountains and volcanoes.

Among his many scientific feats, he is considered the first to attribute altitude sickness to a lack of oxygen, the first to discover the location of the magnetic equator and also the first to describe how human action impacts ecosystems and local climate. It’s little wonder that South America’s Humboldt current is named after him or that several hundred species bear his name.

From a young age, the Norwegian Roald Amundsen was an adventurer, taking to sea at the tender age of 15. Though he initially envisaged a voyage to the North Pole, word that the American explorer Robert Peary had already achieved this feat caused Amundsen to change his plans. Instead, he set out for the South Pole — keeping his plans secret for some time. "If at that juncture I had made my intention public, it would only have given occasion for a lot of newspaper discussion, and possibly have ended in the project being stifled at its birth,” he wrote, motivated in part by his extensive debts.

In December of 1911, Amundsen and his team of four trekked the Antarctic and finally reached the South Pole, beating the British Navy officer Robert Falcon Scott to the achievement. Sadly, Amundsen disappeared in 1928 when he set out as part of a mission to rescue missing members of a dirigible that had flown to the North Pole.

Few names are as closely linked with the ocean as that of Jacques Cousteau and his ship, Calypso. After suffering a car accident that left both his arms broken, the French naval pilot became enamored with the sea and freediving during his rehabilitation. He later drove forward exploration of the oceans and deep sea by developing scuba gear, the Aqua-Lung, underwater cameras and other instruments. During the decades he spent on the high seas with his team, dubbed the “musketeers of the sea,” Cousteau shot films. These brought the wonders of the oceans and the life beneath them to screens around the world.

On April 12, 1961, Yuri Gagarin became the first human to venture into space. Amid the space race between the Soviet Union and the U.S., the Russian cosmonaut’s flight around the globe aboard the Vostok 1 spacecraft lasted a little under two hours. Gagarin, equipped with exceptional physical qualities and mental fortitude, was also selected in part due to his short stature. He died only seven years after this achievement, in 1968, when he went down in a training flight — just barely missing the chance to witness American astronauts (including Neil Armstrong) touch down on the surface of the moon.