Cluster is at the limit of what current cosmology models can explain. 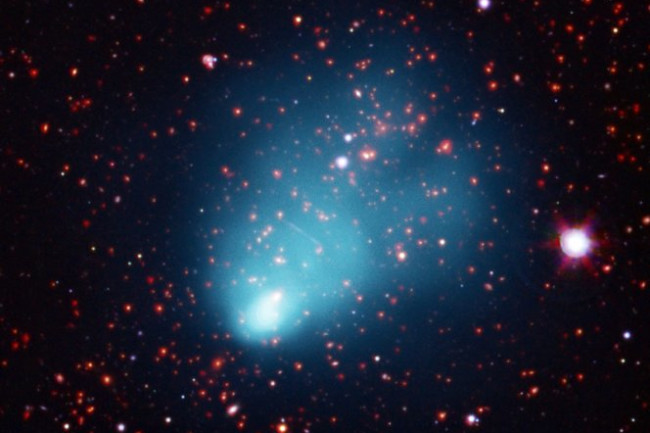 While surveying light from the early universe in 2010, astrophysicist Felipe Menanteau noticed a suspicious shadow cast by something filled with hot gas. Last year he announced he had tracked down the source: a giant, hot cluster of hundreds of galaxies about 7 billion light-years away, the most distant such cluster known. Menanteau named the cluster El Gordo, Spanish for “the fat one”—fat because it is so enormous, and in Spanish since it was spotted with the Atacama Cosmology Telescope in Chile.

Because it is so far away, El Gordo appears to us the way it looked just 6.7 billion years after the Big Bang. At that age, a cluster would not yet have had much time to accumulate mass by the pull of its gravity; El Gordo’s extreme size is at the very limit of what current cosmology models can explain. Finding others like it would put “strong constraints on the original ingredients of the Big Bang,” Menanteau says. He and his colleagues are therefore examining the cluster more closely to help unravel its origin.

The SciencesThe Big Freeze: How the Universe Will Die
Recommendations From Our Store