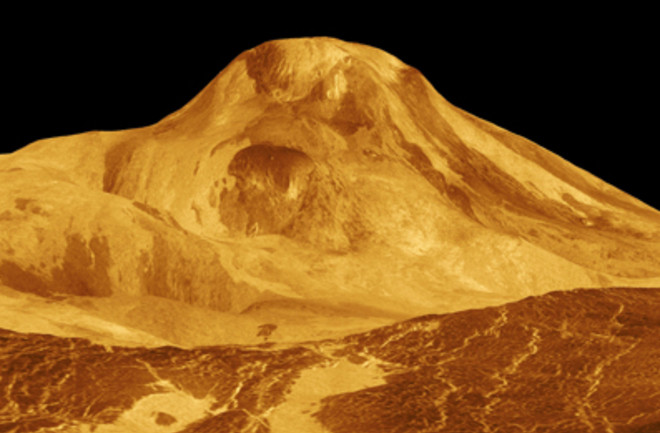 It seems that Earth’s wayward twin—where surface temperatures hover around 900 degrees Fahrenheit and the clouds rain sulfuric acid—is an even more hellish place than previously known. New observations of Venus by a European spacecraft, described in the journal Science last April, indicate that the planet is dotted with active volcanoes.

Ever since NASA’s Magellan probe mapped Venus’s surface in detail in the early 1990s, scientists have known that the landscape there is remarkably unblemished by impact craters but rich in apparently dormant volcanoes. Researchers developed two theories to explain the planet’s smooth surface: Either our sister world underwent a planetwide paroxysm of lava flows about 500 million years ago, before falling into a geologic coma, or it has been awake all along, resurfacing itself in small eruptive spurts.

Infrared readings from the Venus Express—a probe currently orbiting the planet—add weight to the second theory. Suzanne Smrekar of the Jet Propulsion Laboratory and her colleagues deduced that lava flows on the flanks of several Venusian volcanoes appear unweathered, meaning that the flows must be no more than 2.5 million years old. Some of these volcanoes could be erupting right now. So the planet is not geologically dead after all. It is alive and may be ready to rumble.