5 International Serial Killers Who Will Make Your Skin Crawl

From Jack the Ripper to Andrei Chikatilo, these international serial killers are terrifying. 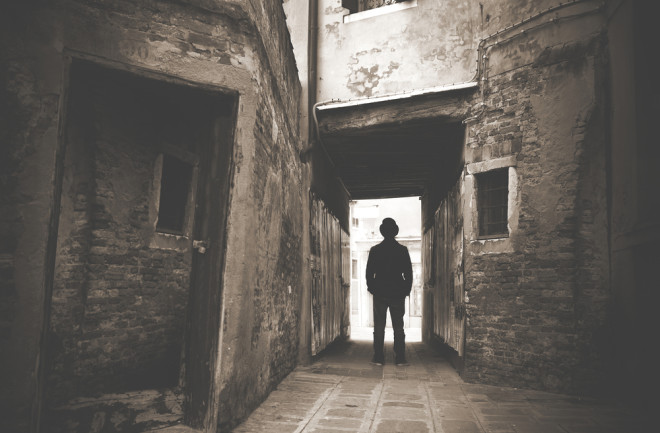 Some content and images may be triggering. Discretion is advised.

The U.S. is home to notorious serial killers like Ted Bundy, John Wayne Gacy, Jeffrey Dahmer and many more. But there are other chilling serial killers found around the world. Here are six terrifying international serial killers from Europe to South America.

Stalking the Whitechapel streets in 1888 was one of the most famous serial killers of all, Jack the Ripper. He only killed women — primarily sex workers — who worked in the impoverished areas of London's East End. Jack the Ripper was never identified, though there are speculations.

There are also debates over how many victims he had, as several women died in the same area earlier that year and a few afterward: There were 11 women in the Whitechapel Murders, and some believe that five of those women were Jack the Ripper's victims. They are known as the canonical five, though it is worth mentioning that this number may also be inaccurate.

Jack the Ripper brutally murdered and mutilated his victims by slitting their throats and often disemboweling them. Three of the five victims had organs removed, including a kidney and a uterus.

The murders happened over a short period, but the press immortalized them — especially after the police received the Dear Boss Letter. The letter claimed to be from the murderer, who dubbed themselves Jack the Ripper.

Shortly after releasing the letter to the press, the police received an influx of hoax letters. There is speculation that the letter sent to the police and the newspaper was a ploy by the press to sell more newspapers;

After the last of the canonical five, Mary Kelly was found murdered on Nov. 9, 1888, the buzz around the murders began to dwindle. However, the slayings and their press coverage brought much-needed attention to the area's poverty, and today, Jack the Ripper is still widely known.

While doctors are supposed to help save lives, Dr. Harold Shipman did the opposite. Known as Dr. Death (not to be confused with the U.S. "Dr. Death," Christopher Duntsch), he is responsible for the murder of 250 patients — though more are suspected.

Growing up, Shipman watched his mother receive morphine injections for lung cancer and was inspired to study medicine. He earned his medical degree in 1970 and started working as a general practitioner in Lancashire. But by 1975, he had been forced out of his practice after he illegally prescribed himself pethidine — a highly addictive opiate.

After spending time in a rehabilitation facility, Shipman began working in Greater Manchester as a general practitioner in 1977 and eventually regained a positive reputation. However, in 1998, one of his patients named, Kathleen Grundy, a seemingly healthy 81-year-old, died hours after a home visit from Shipman. What shocked the family even more, was that Grundy had made a last-minute change to her will, leaving her estate (over £400,0000, about $450,000) to Shipman.

Angela Woodruff — Grundy's daughter and a lawyer — believed immediately that the newly changed will was a forgery. She alerted the police, who agreed. Though Shipman recommended that an autopsy was unnecessary for Grundy and to cremate her remains, Woodruff had had her mother's remains buried — and luckily so. Grundy's remains were exhumed, and an autopsy revealed that she had died from a morphine overdose — given to her about three hours before her death, which was about the same time Shipman had visited her.

Police launched an investigation into Shipman, finding that he had changed medical records for other patients who died. He was unaware that the computer time-stamped each change he made, so investigators could easily pinpoint any altered records. Overall, Shipman was charged with 15 counts of murder and one count of forgery — though there could be many more. Shipman was sentenced to life in prison but shortly after died by suicide.

Nicknamed the Monster of the Andes, Pedro Lopez is a Colombian serial killer believed to have murdered over 300 people. Born in 1948, Lopez was one of 13 siblings. His father died before he was born during La Violencia, a Colombian civil war between the conservative and liberal parties.

After his father's death, his mother allegedly resorted to sex work. Some investigators suggest that his mother was physically abusive to her children. They also say that Lopez was kicked out of the house for molesting a younger sister, though some reports say he ran away from home.

After leaving home, Lopez went to Bogotá, Colombia, where he experienced homelessness and gang activity and was a victim of multiple sexual assaults. As a young adult, he tried stealing a car, which led to his arrest; while he was in prison, two men sexually assaulted him, but Lopez killed them with a makeshift knife in retaliation.

Once released from prison, Lopez moved to Peru, where he began seeking out young Indigenous women and girls. He would allegedly lure his victims to a secluded place and then rape and murder them. After being caught, he was deported back to Colombia and began killing in Ecuador.

Lopez was eventually caught and imprisoned with a 16-year sentence, though he only served 14 years for good behavior. He was then institutionalized at a psychiatric facility in Colombia but eventually declared sane and released back into the world in 1998. His whereabouts are unknown.

Alexander Pichushkin is known as The Chessboard Killer because he wanted to kill as many people as there were squares on a chessboard. Reportedly, when police apprehended him, they found a chessboard with dates correlated to murders with only two spaces left.

Pichushkin suffered a head injury when he was a child and spent some time in an institution. His apparent first murder occurred when Pichushkin pushed a boy from a window. It was ruled a suicide, but Pichushkin later confessed to it.

In the early 2000s, Pichushkin began murdering people, usually homeless or elderly, around Bitsa Park in Moscow. He would ask his victims to come and drink with him at his dog's grave in the park. Once the victim was intoxicated, he would hit them repeatedly with a blunt object, like a pipe or a hammer. He would then throw the bodies in the sewer. Some of his victims weren't even dead when he tossed them in and ended up drowning.

He was apprehended in 2006 after he murdered a co-worker. The co-worker had left her son a note saying she was going for a walk with Pichushkin, which helped police connect him to the murder. In 2007, Pichushkin was sentenced to life in prison for killing 48 people, though he claims to have killed 63. His case has even sparked debate about bringing the death penalty back to Russia.

Andrei Chikatilo was dubbed the Rostov Ripper. He murdered at least 50 people and was possibly a source of inspiration for Alexander Pichushkin. Born in 1936, Chikatilo lived through the great Ukraine famine of the 1930s. After serving in the military, he earned a degree from Rostov Liberal Arts University in 1971 and began teaching. He was let go from his position after parents expressed concern that Chikatilo sexually assaulted their children.

In 1978, he began seeking out young victims he encountered at bus and rail stations around Rostov-na-Donu and other various cities. It's thought that Chikatilo went after young people because they were often in the city, away from their families, looking for better jobs. Therefore their deaths were more likely to go unnoticed.

He was caught by police molesting a young woman at a train station. But police misidentified his blood type, and he wasn't charged with murder, even though he was carrying a briefcase with suspicious instruments and a knife. He was charged with theft from a previous employer and sentenced to a year in prison, of which he served three months. Six years later, he was caught with a similar briefcase full of instruments. He then confessed to the killings and was sentenced to death in Moscow.