5 American Anthropologists You Should Know

These five Americans paved the way for future anthropologists. 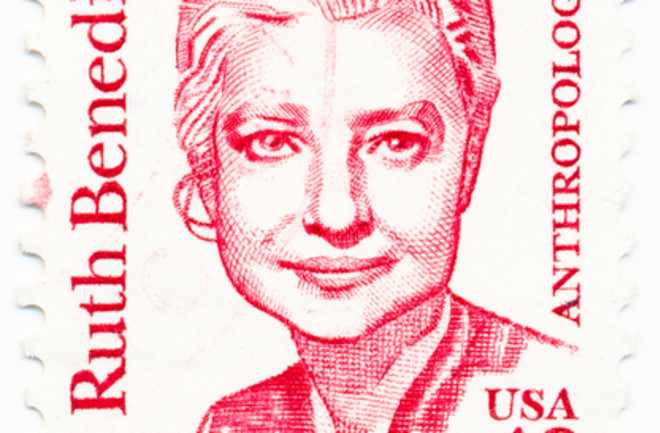 In 1921, when she was 34, Ruth Benedict started pursuing her doctorate at Columbia University — the institution with the first anthropology Ph. D. program in the United States. Benedict’s major contribution to anthropology was the book Patterns of Culture, which compares Zuñi, Dobu and Kwakiutl cultures. She asserted that the full possible range of human behavior isn’t incorporated into any particular culture. Instead, she believed that it’s the “personality” of a culture that establishes individuals as outcasts, misfits or successes. Aside from the books she wrote based on her anthropological work, she went on to advise the Office of War regarding peoples of enemy lands and occupied territories. In 1947, she was elected as president of the American Anthropological Association. In 1995, a U.S. stamp was issued in her honor.

Although born in Germany, Franz Boas is considered the Father of American Anthropology. He established the country’s first anthropology department, at Columbia University where he taught both Ruth Benedict and Margaret Mead — and played an instrumental role in creating the American Anthropological Association. Outspoken against racism, Boas denounced the idea that any ethnic or racial group was superior to any other. His beliefs were reflected in his theory of cultural relativism. His theory asserts that two different cultures are essentially equal and can’t be compared. Each culture needed to be approached differently and understood on its own terms and values. He developed the four-field approach to anthropology, which included archaeology, cultural anthropology, linguistics and physical anthropology. Boas rose to prominence due to the influence of his work in all four areas.

Read More: The 10 Greatest Scientists of All Time

Credited with developing Harvard’s anthropology department into a leading training program, Roland Burrage Dixon also made their Peabody Museum into one of the world’s most comprehensive anthropological libraries. Although best known and respected for his work on Native Americans of California, his fieldwork also took him to the Himalayas, Siberia and Mongolia. Despite Dixon’s experience in fieldwork, he was more interested in the organization and interpretation of anthropological facts. To that end, he emphasized the relationship between the natural world and culture. Dixon is best known for his book The Building of Cultures, in which he explores the topic of cultural diffusion and how cultural traits are influenced by environment. His other writings covered folklore, primitive art, and linguistics. He died only a few hours after delivering a lecture at Harvard in 1934.

A former student of Ruth Benedict, Sidney Mintz was a cultural anthropologist who is considered not only the best food anthropologist, but the Father of Food Anthropology.

His book about sugar, Sweetness and Power, is considered to be one of the most influential works in the area of cultural/food anthropology. The book explores how sugar has impacted the world as it progressed from a rare luxury to everyday item. Mintz explores how the demand for sugar in Europe was linked to exploitative labor practices. His main area of study was that of Caribbean societies, including topics of sugarcane communities, peasant villages that resulted after slavery and marketplace trade. After teaching at Yale for many years, he helped establish the anthropology program at Johns Hopkins University — where he remained for the rest of his career.

As the wife of a prominent politician, Elsie Clews Parson had certain societal obligations. She was part of a privileged world, and had been since birth. She was born into wealth but, holding feminist views,  she was unsatisfied being confined to the role of society wife and mother to four children. She decided to pursue her interest in anthropology. She even used her inheritance to fund her field work and financially support other researchers. Parson’s focus was on Pueblo peoples, and her studies are considered to be the most comprehensive on the Pueblo tribe. She also contributed to the area of African American and West Indian folklore. In 1919 she began working as a lecturer at New School for Social Research where she taught Ruth Benedict. She was also the first woman to ever be elected president of the American Anthropological Association, but sadly died before giving her inaugural address at age 66 due to issues with an appendectomy.

Parsons has faced legitimate criticism for some of her practices, such as obtaining cultural artifacts without permission and misleading tribe members into talking to her. Despite these criticisms, she remains highly respected in the world of anthropology.