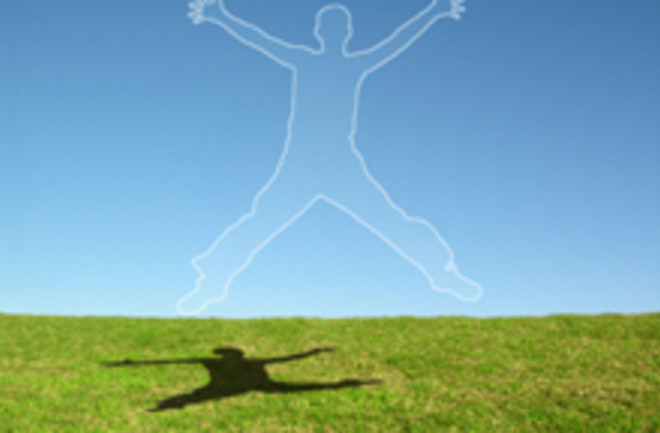 The key feature of the proposed space–time cloak is that its refractive index — the optical property that governs the speed of light within a material — is continually changed, pulling light rays apart in time. When the leading edge of a light wave hits the cloak, the material is manipulated to speed up the light, but when the trailing edge hits, the light is slowed down and delayed. "Between these two parts of the light, there will be a temporal void — a space in which there will be no illuminating light for a brief period of time," explains McCall. [Nature]

Taking advantage of these differences, he says, it is theoretically possible to imagine a cloak that allows you—at least from my point of view—to transport instantaneously across space.

"By manipulating the way the light illuminating an event reaches the viewer, it is possible to hide the passage of time," said [McCall]. "Not only can specific events be obscured, but it is possible for me to be watching you, and for you to suddenly disappear and reappear in a different location." [AFP]

). Unfortunately for people longing to disappear, he says, those materials today are efficient enough for only a nanoscale demonstration.

"Light travels at 100 million meters per second and in order to cloak it you'd need that many meters (of metamaterial), roughly speaking," he said. But McCall said current optical-fibre technology could be used to construct a "poor man's cloak" capable of demonstrating "proof of concept" by imperfectly hiding events taking place over a few nanoseconds. [CNN]

. But, that's not his problem:

Related Content: DISCOVER: How to Build an Invisibility Cloak