These exceptional children grew up to change the world. 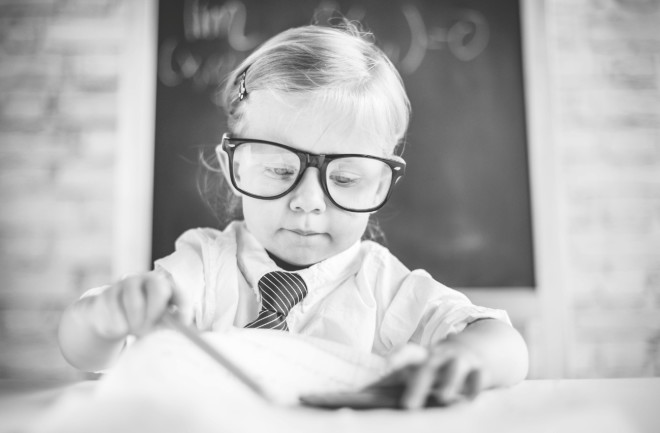 Some kids are amazing, easily mastering fields of study that most adults struggle to grasp. But not all whiz kids grow up to be special.

“Countless child prodigies lose interest in their area of talent and drop out; others become experts in their area as adults. Only a tiny few become creative adult ‘geniuses,’” writes Ellen Winner, Boston University psychologist and expert on gifted children, in the New York Times.

Though few child prodigies continue to astonish us throughout their lives, those that do often change the course of history. Here are four whiz kids who grew up to make a mark in science or tech … or both.

Born in 1623 and raised in Paris, Pascal’s father taught him at home because he was a sickly child. Though his father was a mathematician, he didn’t teach his young son mathematics and science — he thought the subjects too fascinating and feared they might interfere with the Pascal’s study of the humanities.

This plan didn’t exactly backfire, but neither did it work. When his dad wasn’t looking, young Pascal basically invented geometry all over again; relenting, his father then gave him a copy of Euclid’s Elements so the boy could fill in the details he’d missed (though he hadn’t missed much).

As an adult, Pascal helped develop the field of probability and contributed important work to the fields of physics, mathematics and philosophy. Oh, and he also invented the roulette wheel.

Born in 1903 in Budapest, von Neumann had an impressive facility with languages and an astonishing memory as a child. Often, he showed off by making jokes in Classical Greek or reciting from memory a page from the phone book — numbers and addresses included.

He was no slouch at math, either. In 1930, as a young man, von Neumann emigrated to the U.S. There, he helped develop the first computers, pioneered game theory and contributed to areas such as quantum physics, mathematical logic and statistics. He also worked on the Manhattan Project, which developed nuclear weapons.

Fermi was another child math prodigy who grew up to help usher in the nuclear age. Born in Rome in 1901, he’s often referred to as the “father of the nuclear age” because his work led to the discovery of nuclear fission.

Fermi was mainly known for being both a theorist and an experimentalist — a rare combination. In 1938, Fermi received the Nobel Prize for discovering that most elements become radioactive when bombarded with neutrons. Four years later, he directed the first nuclear chain reaction in an underground squash court at the University of Chicago.

Fermi made important discoveries in nuclear physics, of course, but also in geophysics and astrophysics. It’s said that while on his deathbed, he timed the drips of his IV to calculate how much fluid he was receiving.

Born in 1990 in London to Nigerian immigrant parents, Imafidon was a child prodigy in mathematics, computing and languages (she speaks six). When she was just 11 years old, she passed A-level computing; when she was 20, she received a master’s degree in mathematics and computer science from the University of Oxford.

As an adult, she’s worked in tech for firms such as Goldman Sachs, Hewlett Packard and Deutsche Bank. “I never noticed that in maybe 70 percent of my maths A-level exams I was the only girl,” she told The Evening Standard in a 2019 interview. But she’s noticed now — and these days, much of her energy goes toward encouraging diversity in science and tech.