Reports of our impending collective death have been somewhat exaggerated. 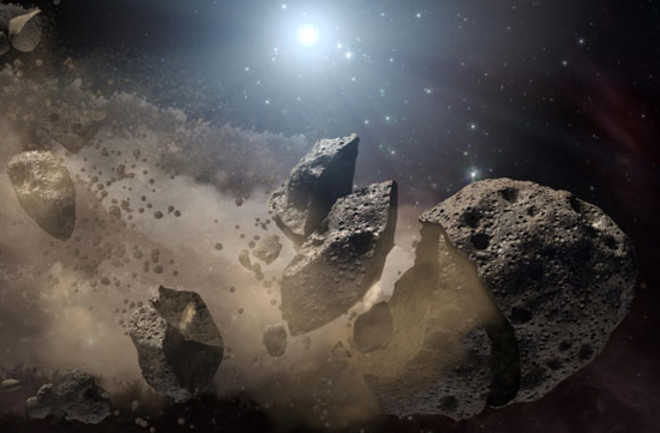 The most complete census of near-earth asteroids has sharply reduced the estimated risk that a giant rock will collide with our planet and drive humans—like the dinosaurs before them—into extinction.

Observations from NASA’s orbiting Wide-field Infrared Survey Explorer satellite, or WISE, enabled astronomers to identify more than 90 percent of the near-Earth asteroids measuring at least a half-mile wide. The results, published in September [PDF], were reassuring. The satellite did not find any objects on an immediate collision course with Earth. And a partial survey of smaller asteroids, measuring as little as about 330 feet across, suggest that there are fewer menacing ones than expected: about 19,500 in Earth’s neighborhood, not the 35,000 previously believed.

“Fewer does not mean none,” cautions the survey’s principal investigator, Amy Mainzer of the Jet Propulsion Laboratory. Even a 100-meter (300-foot) asteroid could wipe out a city or cause a huge tsunami, she says, and “there are still tens of thousands that are out there that we need to find.”