The beginning, the end, and the funny habits of our favorite ticking force 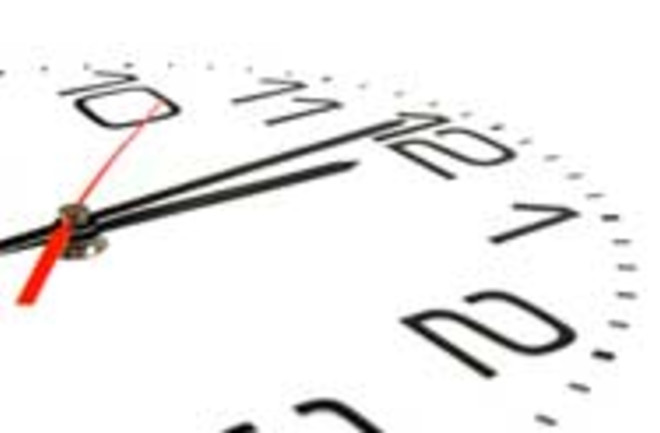 1  “Time is an illusion. Lunchtime doubly so,” joked Douglas Adams in The Hitchhiker’s Guide to the Galaxy. Scientists aren’t laughing, though. Some speculative new physics theories suggest that time emerges from a more fundamental—and timeless—reality.

2  Try explaining that when you get to work late. The average U.S. city commuter loses 38 hours a year to traffic delays.

3  Wonder why you have to set your clock ahead in March? Daylight Saving Timebegan as a joke by Benjamin Franklin, who proposed waking people earlier on bright summer mornings so they might work more during the day and thus save candles. It was introduced in the U.K. in 1917 and then spread around the world.

4  Green days. The Department of Energy estimates that electricity demand drops by 0.5 percent during Daylight Saving Time, saving the equivalent of nearly 3 million barrels of oil.

7  One second used to be defined as 1/86,400 the length of a day. However, Earth’s rotation isn’t perfectly reliable. Tidal friction from the sun and moon slows our planet and increases the length of a day by 3 milli­seconds per century.

8  This means that in the time of the dinosaurs, the day was just 23 hours long.

9  Weather also changes the day. During El Niño events, strong winds can slow Earth’s rotation by a fraction of a milli­second every 24 hours.

10  Modern technology can do better. In 1972 a network of atomic clocks in more than 50 countries was made the final authority on time, so accurate that it takes 31.7 million years to lose about one second.

11  To keep this time in sync with Earth’s slowing rotation, a “leap second” must be added every few years, most recently this past New Year’s Eve.

12  The world’s most accurate clock, at the National Institute of Standards and Technology in Colorado, measures vibrations of a single atom of mercury. In a billion years it will not lose one second.

13  Until the 1800s, every village lived in its own little time zone, with clocks synchronized to the local solar noon.

14  This caused havoc with the advent of trains and timetables. For a while watches were made that could tell both local time and “railway time.”

16  Thinking about how railway time required clocks in different places to be synchronized may have inspired Einstein to develop his theory of relativity, which unifies space and time.

19  Time has not been around forever. Most scientists believe it was created along with the rest of the universe in the Big Bang, 13.7 billion years ago.

20  There may be an end of time. Three Spanish scientists posit that the observed acceleration of the expanding cosmos is an illusion caused by the slowing of time. According to their math, time may eventually stop, at which point everything will come to a standstill.