20 Things You Didn't Know About Light

The first light in the universe, the light used to push spacecraft and the light produced by kicking the head of a walrus. 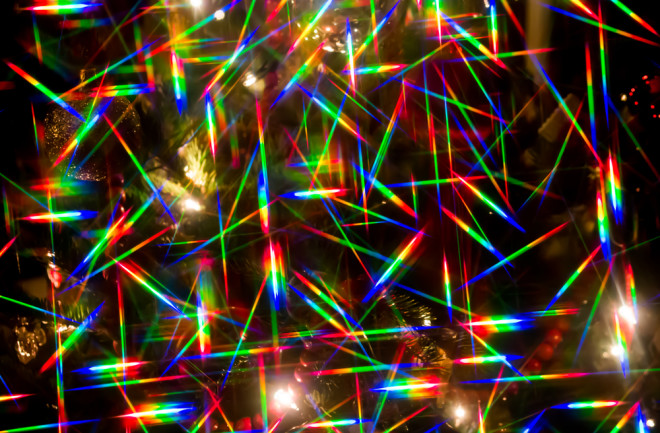 1. God commanded, “Let there be light,” but it didn’t happen for nearly half a million years. That’s how long after the Big Bang the universe took to expand enough to allow photons (light particles) to travel freely.

2. Those photons are still running loose, detectable as the cosmic microwave background, a microwave glow from all parts of the sky.

4. Diamonds are the Afghan­istan of gemstones: Any entering photon quickly gets bogged down. It takes a lot of pinging back and forth in a thicket of carbon atoms to find an exit. This action is what gives diamonds their dazzling sparkle.

5. Eyeglasses can correct vision because light changes speed when it passes from air to a glass or plastic lens; this causes the rays to bend.

6. Plato fancied that we see by shooting light rays from our eyes.

7. The Greek philosopher was not completely wrong. Like all living things, humans are bio­luminescent: We glow. We are brightest during the afternoon, around our lips and cheeks. The cause may be chemical reactions involving molecular fragments known as free radicals.

8. Bioluminescence is the largest source of light in the oceans; 90 percent of all creatures who live below about 1,500 feet are luminous.

9. World War II aviators used to spot ships by the bio­luminescence in their wakes. In 1954 Jim Lovell (later the pilot of Apollo 13) used this trick to find his darkened aircraft carrier.

10. Incandescent bulbs convert only 10 percent of the energy they draw into light, which is why Europe will outlaw them by 2012. Most of the electricity turns into unwanted heat.

11. In the confined space of an Easy-Bake oven, a 100-watt bulb can create a temperature of 325 degrees Fahrenheit.

12. Light has no mass, but it does have momentum. Later this year the Planetary Society will launch LightSail-1, attempting to capture the pressure of sunlight the way a boat’s sail gathers the wind.

13. Laser beams bounced off mirrors left behind by Apollo astronauts show that the moon is moving 1.5 inches farther from Earth each year.

14. Visible light makes up less than one ten-billionth of the electromagnetic spectrum, which stretches from radio waves to gamma rays.

15. Goldfish can see infrared radiation that is invisible to us. Bees, birds and lizards have eyes that pick up ultraviolet.

17. Shoot now: The “golden hour,” just after sunrise and before sunset, produces the prettiest shadows and colors for photographs.

18. Day and night are everywhere the same length on the vernal equinox, which occurs this year on March 20.

20. But to the Inuits, auroras are spirits of the dead kicking around the head of a walrus.