20 Things You Didn't Know About Aliens

Where are they lurking, when will we find them, and will pictures of naked people impress them? 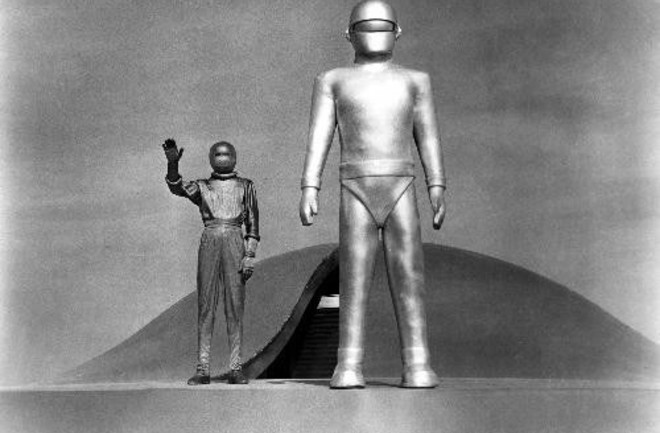 1. Astronomers Margaret Turnbull and Jill Tarter of the Carnegie Institution in Washington, D.C., have compiled a list of 17,129 nearby stars most likely to have planets that could support complex life.

2. According to Turnbull, stars must be at least 3 billion years old (to allow life time to evolve), have low mass, and have high levels of iron; metals are needed to form rocky, Earthlike planets.

3. Leading the list is Epsilon Indi A, a dim orange star just 11.8 light-years away, in our local corner of the Milky Way.

4. What's the frequency, Frank? Astronomer Frank Drake made the first scientific attempt to contact alien beings in 1960, when he used an 85-foot radio dish at the National Radio Astronomy Observatory in West Virginia to listen for signals from two nearby sunlike stars.

5. You haven't heard about it because his search turned up zilch.

6. The more sophisticated efforts of the SETI Institute in Mountain View, California, haven't fared any better. Since 1995, this privately funded project has scanned more than 1,000 stars, at a cost of $5 million a year, for alien radio squeaks.

7. Seth Shostak, senior astronomer at SETI, for reasons best known to him, reckons that the 350-antenna Allen Telescope Array, now being built, "will trip across a signal by the year 2025."

8. Download software from the SETI@home project to sift for alien signals on your home PC. 187,000 other people have.

9. Most likely spots for alien life in our solar system: underground refuges on Mars, hot spots on Saturn's moon Enceladus (whose south pole is dotted with geysers), and Jupiter's moons Europa and Callisto (whose icy crusts may conceal vast, underlying oceans of water).

10. Perhaps the earliest UFO sighting occurred in 1450 B.C., when Egyptians saw bright circles of light in the sky. Some UFO obsessives interpret Ezekiel: 1 in the Bible as a UFO report.

11. In 1957, Antonio Villas Boas, a Brazilian farmer, reported that he was abducted by barking aliens who covered him in gel and mated with him.

12. Thus setting a precedent for future close encounters: In a 2003 Harvard study, seven of 10 self-professed abductees stated under hypnosis that they had been used for breeding or sexual experiments by their alien captors.

13. Allan Cheyne, a psychologist at the University of Waterloo in Ontario, says that those who believe they've been abducted by aliens are often prone to experience sleep paralysis.

14. In Newfoundland, sleep paralysis is called the "old hag," because it is associated with visions of an elderly woman crouching on the sleeper's chest. In the West Indies, the phenomenon is said to occur when a ghost baby bounces on the snoozer.

15. In space, no one can hear you sneeze: Streptococcus mitis, a bacterium that infects the nose and throat, was inadvertently sent to the moon aboard the Surveyor 3 probe. The bugs were still alive when Apollo 12 astronauts retrieved the probe's camera two and a half years later.

16. Perhaps we scared them off: Scientists first tried to describe humans to aliens in 1972, when Carl Sagan and Frank Drake designed a plaque with a naked man and woman on it for the Pioneer 10 spacecraft.

17. Then we sent the soundtrack: The two Voyager probes, launched in 1977, included a 12-inch gold-plated record carrying whale calls, greetings in 55 human languages, and a Bulgarian folk song.