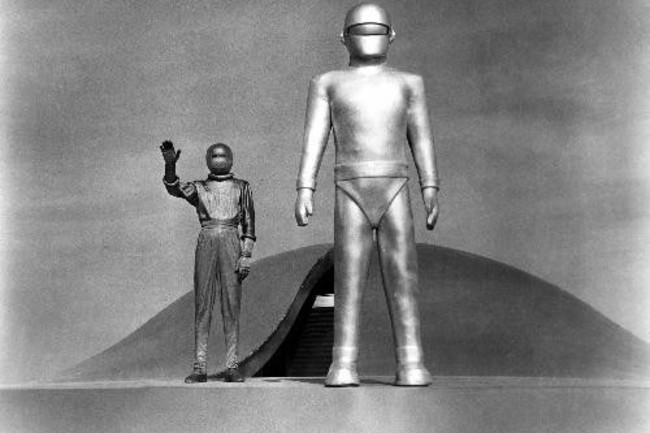 The smart and tech-savvy kid characters of Earth to Echo, opening in theaters July 2, establish contact with an alien robot via texts. Smartphones and other consumer gadgets play a major role throughout the movie. Is the premise any more plausible than, say, Will Smith outwitting otherworldly hordes in Independence Day? We asked a man who’d know: Seth Shostak, senior astronomer at the SETI Institute, an alien hunter by trade and an informal consultant to Hollywood.

Discover: If there’s intelligent life out there, do you think they’d establish contact with us using a droid, as in Earth to Echo?

Shostak: Well, one never knows what aliens have in mind. But the amount of energy required to go from one star system to another is daunting. If the aliens were that advanced and could handle interstellar travel, they would also be advanced enough to know already that there’s biology on Earth. They can tell from the oxygen in our atmosphere, the signal that it’s transmitted into space for the past couple billion years. Would they send an exploration party? It’s plausible.

A: I like them all. Sometimes the cheesier, the better. I was heavily influenced as a child by those Saturday creature-feature movies. The thing with science fiction that’s different than other genres is that it’s always about the idea. The idea, in science fiction, is the real leading man or leading lady. And I like that because I’m a big fan of ideas. You always learn from ideas, even the crazy ones.

Q: Is it a crazy idea that actual alien beings, not just an exploratory craft or robot, might come to Earth?

A: Most of the movies with aliens coming to Earth are quite implausible — especially the ones with malevolent aliens, which it seems seven out of 10 of those movies are. Malevolent aliens make for a stronger story, of course. But then in the movie we always fight them with our military and prove we’re better. That’s nonsense. Any aliens who could come here would be so much more advanced than us that we’d never be able to take them on.

Q: You’ve suggested in the past that, with some of the new ways we’re looking for electromagnetic signals from exoplanets and evaluating the data, we’ll probably find extraterrestrial life in the next few decades. What are the chances of it finding us first?

A: Low. Hey, I don’t want to shortchange the aliens, but how are we advertising our presence? There’s oxygen in our atmosphere that is the result of photosynthesis, but if that’s what they’re looking for, they could have found out that plants covered the Earth a billion, 2 billion years ago. But if you’re talking about them finding us, Homo sapiens, that’s not likely. We’ve only been advertising our presence with radio signals for less than a century. Consequently, all that stuff about aliens coming to Earth to abduct and mate with us is not plausible. And another thing: Why would they, if they even could? I don’t go into the garden and try to mate with what’s back there.

Q: Well, this chat has taken an unexpected turn.

A: Look, we’re easy to find through, say, our radar and TV emissions, our “leakage.” All you need is a big antenna to pick it up. If we can build those, and we can, then so can they. But to be picked up, our signals have to get to them first. We’ve only been sending these signals out since World War II, 75 years. Now, wait a millennia for our leakage to reach millions more stars — then it’s much more likely we’ll be found.

This article originally appeared in print as "Finding iET." 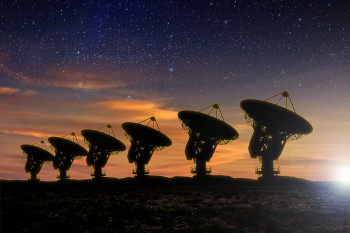 The SciencesLife Elsewhere in the Universe: When Did We First Consider the Possibility? 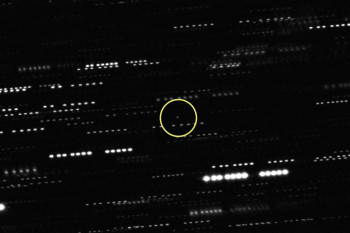 The SciencesLife, the Universe, and 'Oumuamua 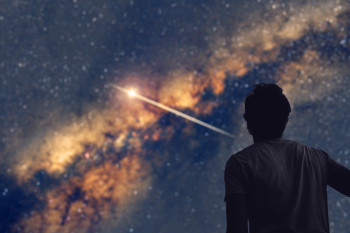 The SciencesThe Star Hopping Strategy that Could One Day Save Humanity

The SciencesWhat Would Earth Look Like to Alien Astronomers?
Recommendations From Our Store