Researchers luck out, getting a front row seat for stellar annihilation. 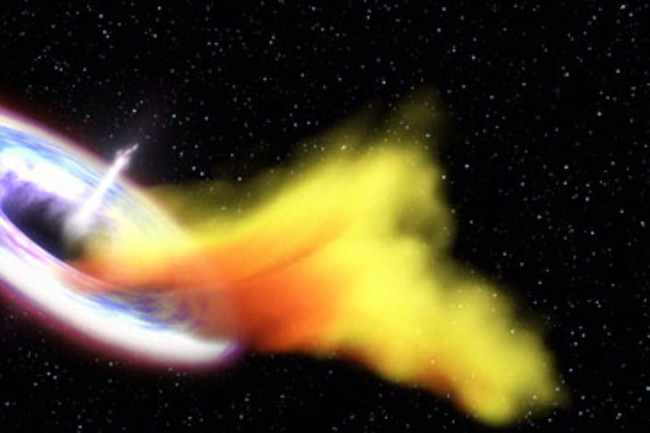 Black holes have a reputation for destruction but it was only in 2011 that scientists caught one in the act, watching it devour an errant star. In March NASA’s Swift satellite detected a gamma-ray burst, an eruption of high-energy radiation that usually indicates a stellar explosion. But whereas most bursts last only seconds, this one kept on going. Josh Bloom, an astronomer at the University of California, Berkeley, traced the burst to the center of a galaxy that hosts a black hole millions of times as massive as the sun, and concluded that the hole had just eaten a star-size meal (illustrated below). “It’s a pretty fantastic way for a star to die,” he says.

In a study published in the journal Science in June, Bloom and his team made their case connecting the burst to a black hole feast. As the star’s remains spiraled down into the black hole, they theorized, some of the star’s energy was flung off into a jet pointed directly at Earth, giving scientists a lucky front-row seat for the show. Says Bloom: “We may never see another one like this in any of our lifetimes.”