#11: Scientist of the  Arab Spring

At Caltech, Ahmed Zewail is a world-class chemist. In Egypt, he is a national hero. 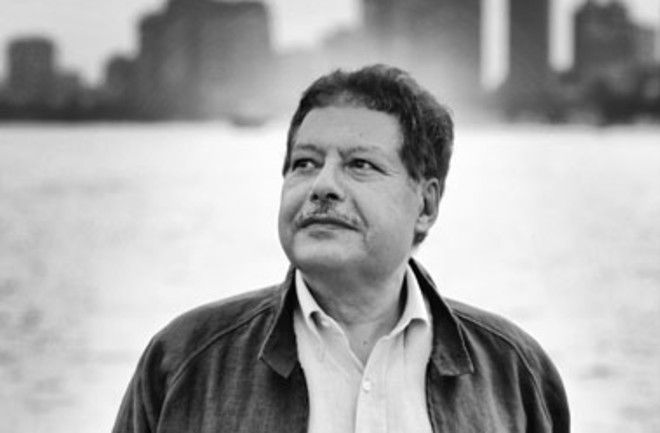 When Ahmed Zewail first heard of the popular revolt against Egyptian president Hosni Mubarak on January 25, 2011, he immediately left for Cairo. “It was a very emotional time. I have family in Egypt, and I owe the country my early education,” says Zewail, who is a professor of chemistry at Caltech. “I knew I had to take action.”

Zewail was in a unique position to help: He won the Nobel Prize in Chemistry in 1999 for his groundbreaking work using lasers to observe chemical reactions, becoming Egypt’s first and only Nobel laureate in science. He also became a national celebrity and a sympathetic ear for the growing frustrations over Egypt’s failing educational system. Under Mubarak, scientists were underpaid; public universities were run by party favorites and crammed with more than 1,000 students per class.

And so, with the hope of using his popularity to help negotiate a peaceful transition to a new regime and revitalize science education in Egypt, Zewail met last winter with Mubarak’s vice president, Omar Suleiman, as well as with the youth organizers who gathered in Tahrir Square.

DISCOVER recently spoke with Zewail about the revolution and the future of science and technology in his home country.

What was the state of science in Egypt before Mubarak? The recent decline in science education is ironic, because Egypt introduced science to civilization. It’s where the first calendar was invented using the solar system more than 6,000 years ago. The word chemistry came from ancient Egypt. It’s from the word Khem, indicating the change of soil colors when the Nile flooded. And there’s the engineering of the pyramids. During the Coptic era [300 b.c. to a.d. 900], Alexandria was like the Caltech or mit of the world. Euclid and Archimedes were there. The circumference of the Earth was measured for the first time in Alexandria. Even as late as 200 years ago, Egypt was leading the Middle East in scientific and cultural advances. Only over the last several decades did it decline, due to political reasons.

Why the marked deterioration under Mubarak’s regime?  Fifty years ago South Korea’s gross domestic product was behind Egypt’s, but now South Korea is far ahead. There is no doubt it is because Egypt spent 0.2 percent of its gdp on science and technology when it should have spent 2 percent [South Korea spent 3.2 percent of its gdp on science and technology in 2007]. Scientists were undervalued. They got salaries of $500 a month and a comparable research budget. Over 200,000 people were enrolled in Cairo University, overcrowding classrooms. There was no clear merit system to help outstanding scientists. Also, during Mubarak’s regime security forces were very influential. Politics overruled academic performance and outcome. You can’t run a university if hiring a dean has to pass through security. That’s outrageous. Universities should be run by academics.

What’s the prevailing attitude about science in Egypt? When I gave a lecture about scientific and public issues at the Alexandria library, more than 6,000 young people attended. And when I gave a national address in Cairo called “Egypt Can” about Egypt’s glorious past in science and technology, more than 30 million people watched on television. You would not believe this, but somebody who achieves in science is even more appreciated than a football player in the United States. It’s obvious that people are thirsty for knowledge.

What was your education like growing up in Egypt in the 1960s? Egypt’s educational system produced some of the top people in the Arab world, Western Europe, and the United States, including the top heart surgeon in the U.K., Sir Magdi Yacoub. But it had drawbacks. The way the Egyptian system was, you didn’t have much of a choice in deciding which university you went to. After high school all students take a national exam, and an office in Cairo decides where you go. It’s life or death. Depending on your score, you are sent to different public universities. I could have been placed in commerce, but to my good luck, they placed me in science. Hopefully now with changes following the revolution, we will have opportunities to build a merit-based system that accounts for personal interests.

How could the Arab Spring open opportunity for science and research in the Arab world? I have been working with the regime since I received the Nobel to try to establish major reform of scientific research. I wanted to see science and education as the top priority. I was hoping for new schools, and I met with Mubarak several times, but he kept delaying. On May 11, after the revolution, the government voted unanimously to establish a new center for science and technology called the Zewail City of Science and Technology. It’s on 300 acres, slightly bigger than Caltech, and the idea is to trigger a whole new direction in education, in science, throughout the Arab world.

Which problems should Egyptian scientists tackle first? Energy. Egypt gets solar energy almost all day and converting that into electricity for the nation is extremely important. Also, hepatitis C is a very serious issue for the Middle East, and research can be developed to tackle that problem. Water resources, desalination, and agricultural goods developed through genetic modification all have incredible potential in this part of the world.

Do you think the system will ever improve enough for you to carry out your research in Egypt? I received a scholarship in America with the idea of finishing my Ph.D. and going back. It was in the late 1960s, and the United States was booming with excitement about science. It was the same year that Neil Armstrong walked on the moon. When I got an offer from Caltech for a faculty position, I decided to stay. I would not be able to do the laser research I do without access to the same tools or facilities. But the Zewail City of Science and Technology will have a center of excellence in imaging and visualization, which is something my group is very interested in. Imaging methods are very important in materials science, biology, and medicine. There will be an exchange of scholars between the City and Caltech. Also, members of my research team and I will be going there to give lectures. I have two children beginning college, and I hope they will spend time at the City.

President Obama appointed you as the first science envoy to the Middle East in 2009. How is that going? The United States can have a real partnership with Muslim-majority countries through science, technology, and education. The critical issue is whether or not the U.S. can support new initiatives for science in the Middle East given the economic situation right now. My recommendation is to take this partnership seriously. If you talk to people around the world, they want to interact with the U.S. in science and technology. We can use this interest as part of U.S. diplomacy. People in Egypt would be very receptive to that.