With a variety of backgrounds and talents, these women have helped push the boundaries of spaceflight. 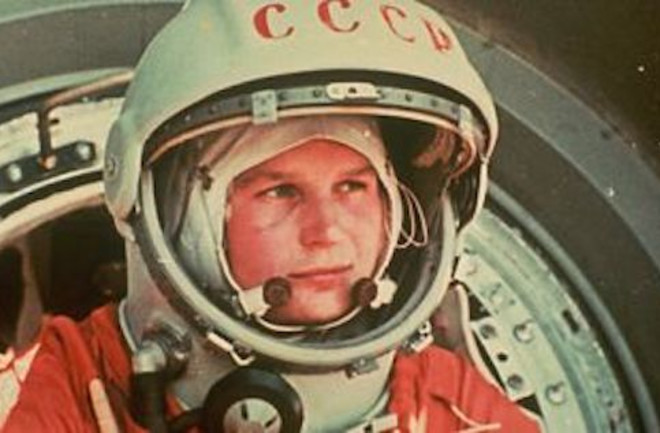 In the past half-century, just over 60 women have flown in space. In contrast, more than 500 men have made the trip during that same period.

Clearly, Earth’s space agencies have a long way to go to reach gender equality. However, among the women who have flown to space, their lifetime accomplishments are often staggering — and their missions groundbreaking. From the first female astronaut, Valentina Tereshkova, to the current roster of spacefarers, we review 11 of the most important female spaceflight pioneers of all time.

Valentina Tereshkova was the first female astronaut to venture to space. She was born in Bolshoye Maslennikovo, USSR, in 1937, and she worked in a factory when she was young. Over time, she fell in love with skydiving. And in 1963, at just 26 years old, she piloted the Vostok 6 spacecraft around Earth alone, orbiting our planet for 48 hours.

The next woman to fly in space didn't blast off until nearly 20 years after Tereshkova’s maiden flight. And no woman has carried out a solo spaceflight since. Even Tereshkova never flew again. She spent the rest of her career training male cosmonauts, eventually rising to the rank of an Air Force major general before changing careers to become a politician.

Svetlana Savitskaya was just the second woman to reach space. She was also a record-breaking jet pilot. Savitskaya was born in Moscow in 1948, and likewise started skydiving as a teenager. Her father, a high-ranking officer in the Soviet military, was allegedly unaware of her skydiving exploits. However, he soon supported her passion for flying jets, and Savitskaya quickly found herself competing in aerobatic competitions.

In 1970, while she was still in her early 20s, Savitskaya won the prestigious competition: the World Aerobatic Championship. That flying prowess helped her earn a spot as a cosmonaut, and she went on to earn her astronaut wings in 1982. That made her just the second woman to travel to space, following Tereshkova’s in 1963. Unlike Tereshkova, however, Savitskaya did get to fly a second time, making her the first woman to travel to space multiple times.

Sally Ride was the first American woman to fly in space. In 1978, she finished her Ph.D. in physics at Stanford University and simultaneously was selected as an astronaut candidate by NASA. Then, after five years of training, she finally flew on Space Shuttle Challenger in 1983. Her flight came just less than a year after Svetlana Savitskaya became the second woman to fly to space. Ride flew on Challenger again in 1984.

After the Challenger disaster in 1986, Ride served on the team that investigated the cause of the explosion. She was also involved in the investigation of Space Shuttle Columbia's crash. Ride was a major driving force in motivating young women to pursue science, and she devoted the final years of her career to the cause. Ride died of pancreatic cancer in 2012.

Christa McAuliffe, a New Hampshire high school social studies teacher, died tragically in the Space Shuttle Challenger disaster in 1986. But although McAuliffe never reached space, her legacy still lives on today. In 1985, McAuliffe was chosen by NASA for their Teacher in Space Project. She was selected as a way for the space agency to honor teachers while simultaneously encouraging students to go into STEM careers.

Once McAullife reached orbit, the plan was to have her teach lessons to school kids around the country. Instead, the first teacher in space, alongside her six fellow astronauts, died when Space Shuttle Challenger exploded moments after leaving the launchpad. NASA continues to incorporate education into nearly everything it does today, and the space agency even carried out McAuliffe’s original orbital lesson plans in 2016.

Mae Jemison, born in Decatur, Alabama, in 1956 was the first African American woman in space. Jemison excelled from an early age. She went to college at just 16 years old, earning an engineering degree from Stanford University. She then went on to Cornell University, earning a doctorate in medicine in 1981. Afterward, Jemison interned at the Los Angeles County Medical Center before joining the Peace Corps to serve as a doctor in Africa.

In 1987, NASA selected Jemison as an astronaut. She flew on Space Shuttle Endeavour in 1992, carrying out a whopping 44 science experiments with her crew. It was her first and only spaceflight.

Collins was born in 1956, and she earned a staggering four college degrees from four different universities throughout her extensive studies. She holds diplomas in science, math, economics, and management. Along the way, while still studying in school, Collins also found time to become a U.S. Air Force pilot — as well as instruct other pilots.

Then, in 1990, she was selected as an astronaut candidate by NASA. On STS-63 in 1995, Eileen Collins became the first woman to ever pilot the space shuttle, also carrying out a docking with Russia’s Mir space station. Later in her career, Collins’ crew was responsible for deploying the massive Chandra X-ray Observatory from the space shuttle. In all, she’d fly a total of four different shuttle missions before retiring from NASA in 2006. Interestingly, her spouse, Pat Youngs, was also a pilot, flying passengers for Delta Airlines.

Kalpana Chawla was the first astronaut of Indian descent. She was born in Karnal, India, in 1962. Chawla’s father helped foster her passion for flying by taking her to local flying clubs when she was young. Eventually, she left India and moved to the U.S. to pursue advanced degrees in engineering. After earning two master's degrees, she earned a Ph.D. in aerospace engineering from the University of Colorado, Boulder.

In 1988, just after graduating, she became a NASA researcher. Her research focused on vertical take-off and landing concepts, which are now being pioneered by major new spaceflight companies like SpaceX and Blue Origin. In 1994, Chawla was selected as an astronaut candidate. She flew into space two different times aboard Space Shuttle Columbia. But during her second flight, Columbia exploded as it returned to Earth. Chawla and six fellow astronauts were killed on February 1, 2003.

Peggy Whitson holds the impressive designation of having spent more time in space than any other American astronaut. NASA selected Whitson as an astronaut candidate in 1996, but she’d already been working for the space agency as a scientist, studying how the challenges of outer space affect living things.

Between 2002 and 2017, Whitson had three long hauls on the International Space Station, where she spent 665 cumulative days in space. During that time she also served as commander and helped perform hundreds of science experiments.

Christina Koch holds the record for the longest extended stay in space by any woman. She was born in Grand Rapids, Michigan, in 1979 and later went on to pursue degrees in electrical engineering and physics at North Carolina State University.

NASA selected Koch to be an astronaut candidate in 2013. And in October 2019, she launched to the International Space Station on Expedition 59. It was the start of a 328-day stay that would involve six spacewalks — including the first all-female spacewalk. Her teammate on the pioneering spacewalk was fellow NASA astronaut, Jessica Meir, who also happens to be her good friend.

Jessica Meir was born in Caribou, Maine, in 1977 and earned a doctorate degree in marine biology from Scripps Institution of Oceanography. She worked as a practicing scientist, studying animals that live life in extremes. To learn about oxygen depletion, she dove alongside emperor penguins in Antarctica and studied geese that fly over Earth’s tallest mountains.

In 2002, Meir joined NASA’s aquanaut program, living under the surface of the ocean for five days. She eventually became an astronaut, too, and launched to the International Space Station in 2019. Meir spent hundreds of days on the ISS and participated in the first all-female spacewalk with her friend, NASA astronaut Christina Koch.

Kathleen “Kate” Rubins is a viral disease expert and has spent more than 100 days in space. Rubins was born in 1978 in Farmington, Connecticut, and went on to study biology after high school. She earned a Ph.D. in cancer biology from Stanford University. She later led a team of 14 scientists researching infectious diseases prevalent in Central and West Africa.

NASA selected Rubins as an astronaut in 2009. During a mission to the International Space Station in 2016, the virologist became the first human to ever sequence DNA in orbit. NASA called her pioneering efforts a “game changer” for health research on Earth and in space (as well as a tool that may one day help us study alien lifeforms).

In November 2020, Rubins will fly on SpaceX’s Crew Dragon capsule — the first privately built orbital spacecraft — during the Crew 1 mission.

[Editor's note: A previous version of this article incorrectly stated that Eileen Collins' crew was responsible for deploying the Compton X-ray Observatory from the space shuttle. In fact, the crew deployed the Chandra X-ray Observatory in 1999.]