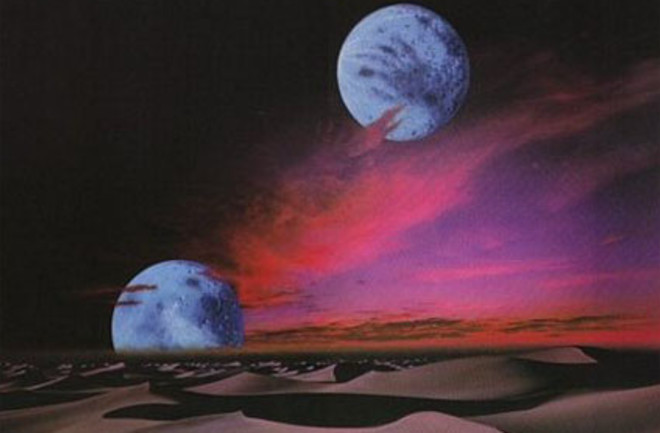 Most planets featured in science fiction tend to be rather generic. These planets are usually convenient celestial bodies upon which to pitch a narrative tent for a few scenes before the plot moves on. Generic planets also tend to be one-note, reflecting some particular environment on Earth. You have your ice-worlds, desert worlds, lava worlds, jungle worlds, water worlds, city worlds, forest worlds (in particular, forests that look like those near the city of Vancouver), earthquake worlds, and so on.

But sometimes an author will create a world whose presence has a weight and ring of truth, a world that feels like it could happily go on existing on its own terms, with or without a protagonist or antagonist strolling around on its surface. Setting aside obviously artificial habitats like ring words or hollowed out asteroids, here are my top ten best science fiction planets, in chronological order: