Wirelessly Control Mice With the Power of Your Mind 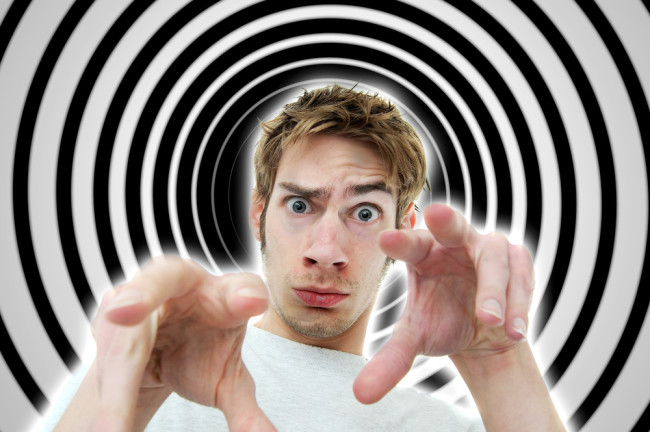 Tibetan nuns can raise their body temperature to 101 degrees Fahrenheit through their mastery of certain meditation techniques. But in the future, even a spiritual novice could use mind power to control their body’s biological functions such as pain management or the secretion of hormones. And when we say future, we’re talking decades and not centuries. That’s because scientists have just laid the groundwork for mind-controlled biology. Humans used their minds to control gene expression in mice that were fitted with a wireless optical implant. Yes, scientists have created a mind-controlled transgene expression device.

Certainly this all sounds a bit confusing and outlandish, so let us explain. Researchers’ experiment melded two fields that have track records of success: optogentics and cybernetics. Optogentics uses light to control cells that have been genetically modified to be sensitive to light. Essentially, you can tell a cell to produce a certain chemical or behave a certain way by exposing it to light. Cybernetics harnesses the powerful electrical signals our brains emit when we think. When you, for example, think about lifting your arm, that thought is coded in a specific, predictable brainwave pattern. Thus, we’ve been able to make mind-controlled prosthetic limbs

, or helicopters you fly with your thoughts

Now it was time for researchers to meld cybernetics and optogenetics together. They started by inserting a light-sensitive gene into human kidney cells. When these cells were exposed to infrared light, they caused a series of chemical reactions that ultimately led to the expression of another gene — essentially flipping the “ON” switch. Then, they gathered these cells and put them into an implant about the size of a quarter, which also featured an infrared light that could be activated wirelessly. They surgically inserted the implant under the skin of a mouse. Then, eight people strapped on headsets that tracked their brain wave activity. Participants were trained to control their thoughts in order to emit a specific brainwave that would activate the mouse implant. Researchers had them use meditation, to emit a relaxed brain wave pattern; play a video game, to emit a deep concentration brain wave; and biofeedback, learning by trial and error to emit a distinctive brain wave.

With the mouse’s LED implant and human brain wave headsets linked, participants could switch on the implant’s light using the three mind-control techniques. Their thoughts activated the device, releasing the cells, setting off a series of reactions and turning on the target mouse gene. Researchers knew it worked because a specific protein released during the reaction showed up in blood tests. They published their findings Tuesday in the journal Nature Communications.

Researchers say this technique could have big benefits for people who are fully conscious but unable to move or speak. They could use their thoughts to self-administer pain medication. In the longer term, people could use their thoughts to control insulin-releasing micropumps, pacemakers or any other biomechanical implant. And think of the even more exotic applications, such as using your mind to trigger a flood of serotonin to keep you awake on an all-night study session. You’ll have to be patient, though. The study’s lead researcher Martin Fussenegger told New Scientist

that they hope to start a clinical trial in humans within a decade. Until then, you’ll have to take the long road and master your tummo meditation

techniques if you want to be a mind-control whiz.