Will the Pentagon Build the Jetsons' Flying Car? 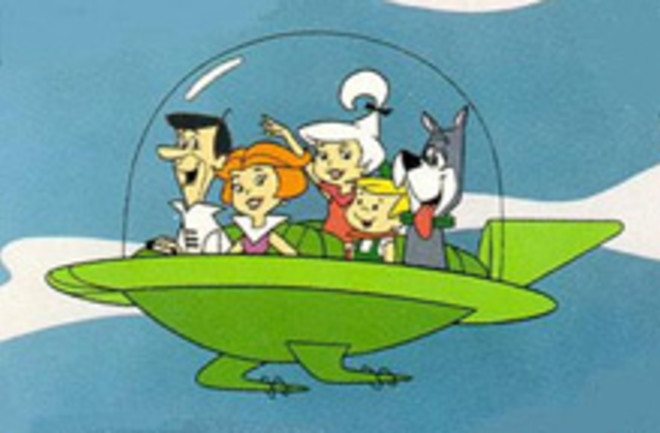 DARPA, the Pentagon's mad-scientist research agency, has unveiled new ambitious plans for a flying car called the Transformer (TX). DARPA has already started soliciting proposals from companies to develop a TX prototype and have it ready for testing by 2015. The military's plan for a flying car goes several steps beyond previous commercial designs like the Terrafugia Transition. That "roadable aircraft" was designed by a startup company as a lightweight plane that would fold up its wings on landing, and then zoom off on the roads. But DARPA's proposed vehicle could overcome flaws that have hampered the Terrafugia--including its inability to navigate through bad weather. The agency wants to create a sturdier vehicle that would not just take off and land vertically, but could also carry four people and zip across 250 miles on a single tank of gas. In its proposal, DARPA states the TX should be both a robust ground and air vehicle, enabling soldiers to avoid water, difficult terrain, and road obstructions--to say nothing of IEDs and ambush threats.

It should be no bigger than 30 feet long by 8.5' wide and 9' high in ground configuration -- on the order of two Hummers nose-to-tail -- and should have wheels and suspension giving "road performance similar to an SUV" and "capable of handling light off-road travel" [The Register].

The vehicle's capacity for vertical takeoff and landing would mean that it won’t need to taxi down a runway. DARPA wants the vehicle to be large enough to carry "four fully suited" soldiers, or a medic and a stretcher, which suggests that the vehicles could serve as flying ambulances. The agency expects the TX to attain an altitude of 10,000 feet and to cover 250 miles on a single tank of gas. That means less Humvee, more Prius: The agency suggests that proposals would be wise to include ideas like “hybrid electric drive, advanced batteries, adaptive wing structures, ducted-fan propulsion systems [and] advanced lightweight heavy fuel engines”

However, despite all the sophisticated machinery, DARPA wants to keep flying/driving the vehicle pretty simple, saying that any soldier who can drive a Humvee should be able to fly a TX with its "automated takeoff and landing" options. In one of its mission plans, DARPA suggests that a TX could lift off from a base in Afghanistan, fly 60 miles to skip over the IEDs and landmines littering the roadsides, and then set down to conduct a 100-mile patrol on the ground. Another mission plan calls for the vehicle lifting off from an aircraft carrier, flying to shore, and then driving the rest of the way to its destination. DARPA's guidelines require that the TX be no louder than a helicopter in flight mode and as quiet as a conventional automobile in car mode, suggesting that soldiers wishing to avoid unwanted attention could bring the TX down to the ground to drive to covert ops spots. While the flying car is still confined to the realm of a DARPA dream, technophiles raised on The Jetsons can't resist pointing out that the TX would be awesome for civilian use, too.

It would genuinely be able to lift off and set down in rooftops and streets, and quiet enough to do so without violating noise ordinances. It would be able to drive properly on the ground. Its robotic autopilot would remove the need for expensive, perishable piloting and instrument-rating skills which is such a burden for today's private pilots [The Register].