What to Read, View and Visit This Month

Swing through the stars with the Hubble telescope, taste the science at a new eatery in Portland, and get your windows robo-washed. 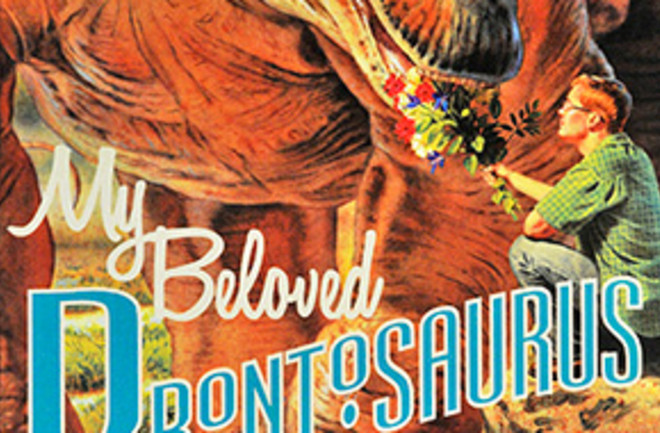 Have your science and eat it, too, at the newest addition to Portland’s science education hub. Theory is equal parts exhibit and eatery, with a menu that showcases seasonal, regionally sourced ingredients. Rotating demos at the venue cover the chemistry behind foodie fun, including how different senses experience the act of eating and why that grilled burger tastes so good. Also, there is pizza. Wood-fired, hand-tossed, artisan pizza. Open daily.

Short of hiring Spider-Man to do the job, having a robot clean your windows is about the coolest way to get glass sparkling. Although earlier versions required a pair of magnetized units on either side of the window, the latest WinBot, which had its debut at the Consumer Electronics Show in January, is a single unit that attaches to smooth glass using vacuum pump suction. The WinBot first travels around the window in a zigzag pattern to determine an optimal cleaning route, then goes to town with two microfiber pads and a squeegee.

James Webb Space Telescope: Science Guide, whets astrophiles’ appetites with an in-depth look at the scope’s technological advances. When the Webb launches in 2018, its gear will include a folding mirror and instruments that will work in the infrared range of the electromagnetic spectrum to reveal the universe’s oldest galaxies. Earthlings without iPads can download non-interactive PDFs of both books.

More than 50 years after she first ventured into the bush to study chimpanzees, renowned researcher and environmental advocate Goodall shifts her focus from fauna to flora. Extolling the many benefits of plants, Goodall juxtaposes horticultural history with more recent biomedical innovations, such as the role of rosy periwinkle as a potent weapon against childhood leukemia. Humans, Goodall argues, have generally reciprocated with destructive agricultural practices, including genetic modification. While sentimental and light on supporting data, Goodall makes a passionate case for more aggressive conservation of what’s left of our global garden. –Breanna Draxler

Science writer Switek earned fame as the unabashed dinosaur advocate behind the fossil-focused blog Laelaps. He applies that same blend of boyish exuberance and serious science to this exploration of paleontology’s roots, revisions, and future course. Switek’s first-person approach can wear thin, but his zeal is infectious. From dissecting popular myths about the “thunder lizards,” including the misbegotten Brontosaurus, to imagining the logistics of dino sex, Switek fleshes out the monstrous skeletons that we all remember from childhood museum field trips with meaty new findings about their anatomy and behavior. –Gemma Tarlach

In the centuries before the Weather Channel, understanding tornadoes was the calling of a small but obsessed cadre of philosophers and scientists. Journalist Sandlin introduces these little-known characters, including James Espy, dubbed the “Storm King” for his popular science lectures in the 1830s and ’40s, and John Park Finley, who was among the earliest believers in the possibility of forecasting tornadoes. Long summaries of events would be stronger if leavened with more direct quotes, but Sandlin’s work is still engaging in its revelation of the roots of modern meteorology in the dedication of these first storm chasers. –Elisa Neckar

As a marketing professor at the prestigious Wharton School, Berger has made a name for himself explaining how and why products and ideas “go viral.” Contagious is the pop culture packaging of Berger’s lesson plans for his course on social epidemics. Berger breaks down the science of social influence, emphasizing the importance of emotion, accessibility, social currency—knowing about cool things—and storytelling. Think of it as the practical companion to Malcolm Gladwell’s more theoretical take on the phenomenon, The Tipping Point. –Tasha Eichenseher