This ambiguous-sounding network is one you're probably more familiar with than you realize. 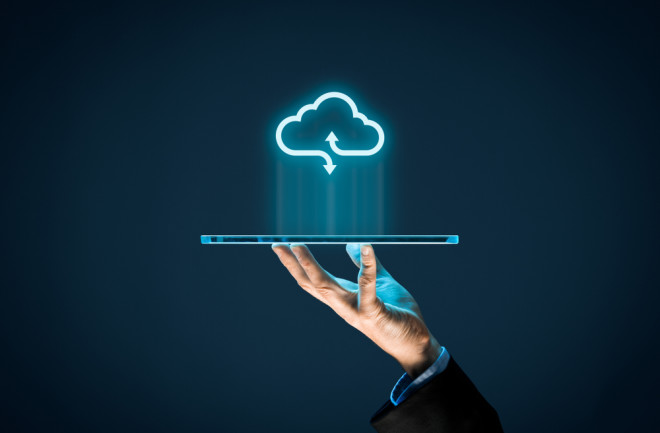 Don’t fret if the term “cloud computing” sounds hazy to you. While the name itself is a vague reference to digital connectivity, the nuts and bolts of the cloud are actually pretty concrete and ubiquitous. In fact, you may have recently used cloud-based software without even realizing it.

For most consumers, the core purpose of the cloud is to store data in a remote location that can be accessed when you need it. Think of how you might stash your valuables in a lockbox at a bank, or in a commercial storage locker. The principle is essentially the same — you use someone else’s facilities to tuck away your belongings. But with the cloud, you don’t have to drive to a physical location to retrieve your stuff. Instead, the data you store on a cloud-based server can be accessed from virtually any internet-enabled device, anywhere in the world.

You might be familiar with Google Drive, Dropbox or iCloud — all cloud-based services that rent out digital storage space. When you sign up for one of those services and start uploading your files, they’re copied to a remote server owned by the company that is housed in a data center full of hardware.

The server your computer connects to when using cloud-based software is stored in a data center, much like this one. (Credit: mkfilm/Shutterstock)

Cloud-based services make it easy to save large amounts of data without the worry of clogging up your computer’s internal storage. Using an external hard drive might be another alternative to backing up your device, but depending how much data you’re looking to store, the cloud could be a more spacious option that's easier to access. Many cloud-based services offer subscription levels that can offer up to several terabytes of space, making it an ideal choice for businesses and individuals alike.

In general, cloud-based storage is relatively safe, thanks to encryption. There have been some notable incidents in the last decade, such as the Amazon Web Services outage in 2013 that took down a number of large websites, and in 2014 when hackers stole nude photos of several female celebrities that were stored in personal iCloud accounts. But as developers continue to improve cloud-based software, outages become less frequent and less severe. Data security does vary from service to service, though. Certain factors, such as how you access your data and when your files get encrypted or unencrypted, can play a role in how easy it would be for someone to steal your information. The cloud as we know it wasn't commonplace until the late 2000s, but its name might have been around since the 1990s — though it isn’t clear who initially coined the term. But as more of our lives and workplaces move online, there's no doubt it will increasingly play a role in how we use our devices.

More From Discover
Technology
How Hackers Take Down Websites
Lifestyle
8 of the Best Black Friday Electronic Deals
The Sciences
Serial Killers Have Rapidly Declined Since The 1980s
Technology
The Pros and Cons of Artificial Intelligence
Technology
Some Researchers Debate if we are Living in a Computer Simulation
Mind
Mental Health Problems Increase In Millennials and Gen Z, New Study Reports
Recommendations From Our Store
My Science ShopDiscover STEM Kits
My Science ShopDiscover 2022 Calendar
My Science ShopStrange Science
My Science ShopElements Flashcards
Shop Now
Stay Curious
Join
Our List