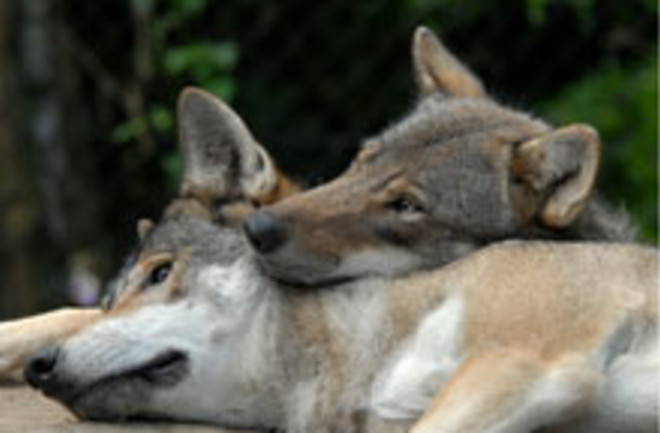 We're about to find out. Researchers in South Korea are getting ready to breed one of the world's first cloned wolves with a male wolf clone, to test whether the genetically-engineered animals can successfully mate. Seoul National University researcher Lee Byeong-Chun is overseeing the planned tryst between Snuwolffy (maybe it sounds better in Korean?), born in October 2005, and a male clone nearly a year her junior. Lee and his team are no neophytes when it comes to cloning: They produced the world's first cloned dog, an Afghan named Snuppy (we refrain from judgment on the name), in 2005. Not stopping there, Snuppy then became a father, leading to the first successful breeding of two cloned dogs. Given the precedent set by Snuppy and his mates, Lee and his team suspect that Snuwolffy and her partner won't have any problems producing a litter of Snuwolffy-ettes. Related: Disco: To Satisfy Lust for Truffles, The French Will Try to Clone Them Disco: The Top 5 “Crazy” Michael Crichton Ideas That Actually Came True Disco: Biotech Company Selects World’s Worthiest Dog, and Wants to Clone itImage: iStockPhoto