What Does Dark Energy Mean for the Fate of the Universe?

A mysterious dark energy dating back to the dawn of the universe could be poised to rip it apart. 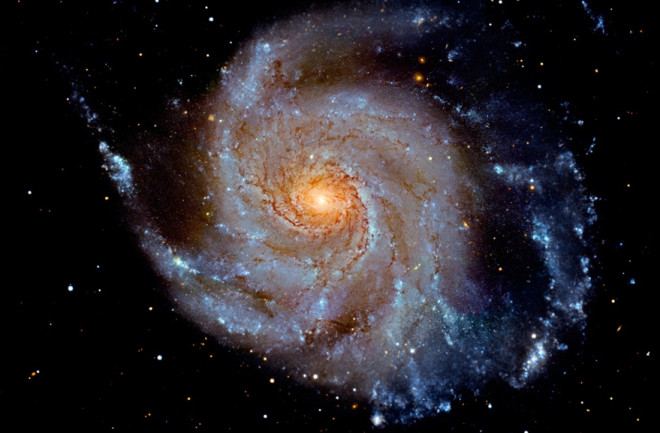 [This article originally appeared in print as "Confronting the Dark."]

Astronomer Brian Schmidt vividly recalls his first inkling of the astonishing discovery that would win him a share of the 2011 Nobel Prize in Physics. It was a moment back in 1997 filled not with euphoria, but trepidation.

Based at the Australian National University in Canberra, Schmidt was attempting to pinpoint the positions of supernovae — exploding stars that, at their apex, can outshine 5 billion suns. These bright, celestial objects serve as beacons across the sky, helping astronomers peer deep into space and calculate the size, shape and mass of the universe.

Since most of Schmidt’s colleagues were scattered across the globe — in Europe, South America and the United States — the group had developed a 24-hour relay approach to analyzing their telescope data: Schmidt would work all day in the East before emailing the baton over to colleague Adam Riess, then at the University of California, Berkeley, who continued the study during daylight in the West.

The morning in question, Schmidt received a graph from Riess, mapping the latest estimates for supernovae distances — but they were nothing like he expected. “I could see what was going on just by eye,” Schmidt says. “I remember thinking, ‘Oh Adam! Oh Adam! What have you done?’ ”

Schmidt’s incredulity could be forgiven. He thought he would see an upward curving diagonal line, rising from the bottom left of the graph to the top right. Instead, the line veered downward, like the tail of a frightened dog. The surprising curl, frowning back at Schmidt, told him that astronomers might have to rethink the way the universe worked.

At the time, Schmidt thought he had a pretty good handle on the evolution of the cosmos: It began in a tiny fireball of energy — the Big Bang — and had expanded outward ever since, carrying galaxies and supernovae along for the ride. Yet these cosmic bodies exerted a gravitational pull, tugging back on each other just like the sun reined in the Earth. As far as Schmidt knew, the laws of physics kept the galloping cosmos in check; the universe was expanding, yes, but the force of gravity was slowing down the rate of expansion.

Yet Riess’ results told another story. Bizarrely, the supernovae appeared to be farther away from Earth than anybody had anticipated, implying that the cosmos was altogether bigger than astronomers had bargained for, as though gravity’s pulling power was somehow being overwhelmed.

The best explanation was seemingly nonsensical: The universe’s expansion must be speeding up. Schmidt immediately deemed that conclusion “absurd.” No one had ever observed a force capable of driving acceleration like this; he dismissed the finding as a mistake.

As the months passed, however, the disturbing notion persisted. What’s more, an independent team, led by Saul Perlmutter at the Lawrence Berkeley National Laboratory, California, had arrived at the same result. In 2011, Schmidt, Riess and Perlmutter shared the Nobel Prize in Physics for groundbreaking measurements revealing that the expansion of the universe is accelerating. Yet, despite having more than a decade to mull over the result, cosmologists are still struggling to understand how this could be happening.

Putting a name to the root of their frustration, physicists somewhat whimsically chalked the speed up to an unknown “dark energy” that mysteriously pushes space apart, combatting gravity’s inward pull. If dark energy were to drive a galloping kind of expansion, the universe itself might one day be torn apart in a Big Rip. The deep mystery enshrouding this anti-gravity effect is perhaps the biggest puzzle of modern physics, with little consensus over where dark energy comes from, how it works, or if it exists at all.

The first hints that the universe is expanding date back almost a century. Before that point, physicists still held dear the picture of the universe laid out by Isaac Newton more than 200 years earlier, in which space and time were immutable and could be measured accurately by rigid rulers and clocks. According to Newton, gravity was a force that could reach across empty space, pulling objects together by invisible threads.

That view was challenged by Albert Einstein, who in 1915 laid out an alternative theory of gravity: general relativity. In his framework, the three dimensions of space and time are woven together to create a four-dimensional fabric, which acts as the source of gravity because it bends and warps around massive objects, like stars. Smaller objects, such as planets, roll into these space-time dips, as though pulled toward the heavier structures by a force.

At first Einstein imagined the universe to be spherical and static — neither expanding nor contracting. To his surprise, however, the equations of general relativity presented an unstable cosmos: A slight variation in the delicate balance between radiation (or light) and matter could set the universe either expanding outward or shrinking inward. Determined to maintain his static picture, Einstein threw in an extra stabilizing element — named the “cosmological constant” — that counteracted any tendency for the cosmos to shrink under the pull of gravity by providing an outward push. The cosmological constant was little more than a fudge factor, to hold the universe still.

But the static picture was wrong.