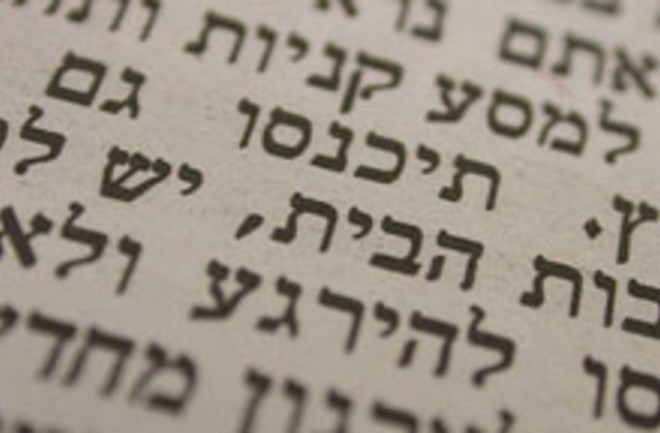 There's no question technology is changing religious practices: You can Twitter prayers from home now, and even have them printed out and posted on Jerusalem’s Western Wall. And in the pre-computer era, it took years to decipher many ancient prayer texts. Leave it to Israeli researchers to create a computer algorithm that can read texts that were once illegible since the words have faded or been written over. Just as forensic software deciphers fingerprints, this new algorithm pieces together written words—work usually reserved for historians and liturgists. The computer can read individual letters and identify handwriting styles in documents that have faded. Reuters reports:

The computer works with digital copies of the texts, assigning number values to each pixel of writing depending on how dark it is. It separates the writing from the background and then identifies individual lines, letters and words. It also analyzes the handwriting and writing style, so it can "fill in the blanks" of smeared or faded characters that are otherwise indiscernible, Ben-Gurion of the University of the Negev said.

And the program only gets smarter as it begins to recognize the patterns in the writing and learns to guess what the missing words are. Although ancient Hebrew texts are the only subjects tested so far, the researchers claim that the software is indeed multilingual. Related Content: Discoblog: No Time to Pray? No Problem! Your computer Can Do It For You