Today In Science: Nothing Is Working

Only two days after the LHC became the world's fastest particle accelerator, the agency running the operation, CERN, had to temporarily flip the off switch on part of the giant machine. As reported by The Register:

It appears that a failure occurred at 01:23 Swiss time this morning in an 18,000-volt power line at the Meyrin site above the mighty collider's subterranean circuit. This caused a power cut across the site, shutting down the main computer centre among other things and causing an abrupt cessation of operations.

The latest fail is not really that big of deal according to CERN, since the LHC's cryogenics, which keep the collider's magnets nice and cold (1.9 degrees above absolute zero to be exact), weren't affected and no catastrophic damage was reported. Also, no baguettes have been found. While the glitch may have some wondering whether bad luck from the future is afoot, CERN scientists hope to have the proton beams flowing again later today. In related fail news, both of NASA's Mars orbiters, the Mars Odyssey and the Mars Reconnaissance Orbiter (MRO), are on the fritz. As reported by New Scientist:

The Red Planet is experiencing a partial radio blackout this week, as both of NASA's Mars orbiters have been felled by technical glitches. Until one of the probes can be brought back online later this week, the outages will delay operation of the twin Mars rovers, which use the orbiters to efficiently relay data back to Earth.

Odyssey has been down since November 28th with a memory error and is running in the dreaded safe mode. MRO is Odyssey's normal communications backup, except MRO has been on standby since August after it spontaneously rebooted for the fourth time this year. NASA's Jet Propulsion Laboratory scientists aren't quite sure what is going on with either orbiter. If the Odyssey has a memory glitch, that can be solved by a simple reboot, they said. However, MRO poses a more complicated problem. If both sides of MRO happen to reboot within one minute of each other, the orbiter will completely forget that it's in orbit around Mars and will think it's still at the beginning of its mission, awaiting launch inside a hanger. Uh oh. That could also spell the end for NASA's Mars Spirit rover, which has been battling for its life to escape a Martian sand pit. Related Content: 80beats: Mars Rover Will Try Daring Escape From Sand Trap of Doom 80beats: LHC Beam Zooms Past 1 Trillion Electron Volts, Sets World Record Discoblog: LHC Shut Down By Wayward Baguette, Dropped by Bird SaboteurImage:iStockphoto 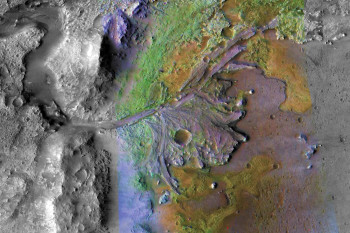